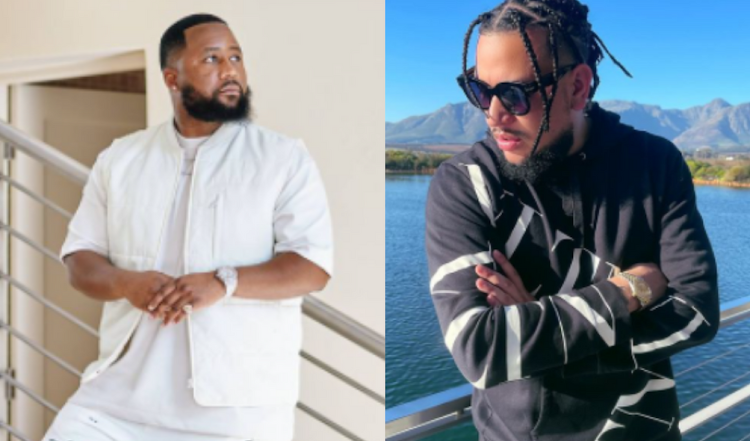 SABC1 premiered the first episode of The Braai Show season two last night, after AKA's lawyer earlier had served the channel a cease and desist letter.

Fans had been itching to see whether the show would go on air, and after its premier it was the top trending topic on Twitter.

HERE ARE THREE REASONS EVERYONE IS TALKING ABOUT THE BRAAI SHOW:

Cassper Nyovest made his debut as the new host on the show last night, taking over from his hip-hop rival AKA, and received a lot of positive reviews.

When the rapper first announced that he was venturing into the TV presenting space, he said he was nervous but keen to learn.

“Very interesting job that I took actually, very nervous but I have to kill it. It's gonna open up mad doors,” he wrote.

“Since there's no shows, we have to take other types of shows, so it's my new job, first time presenting. I'm very nervous but I'm very keen to learn and explore and also connect with the market.”

Prepping. Starting my first TV show tomorrow as a presenter. It'll be airing on Sabc in a few months. Very interesting job that I took actually, very nervous but I have to kill. It's gonna open up mad doors. https://t.co/sPaszL94sV

Just hours before the show aired, AKA issued an official statement on his social media saying that he would continue to take legal action regarding his alleged rights to the show and wished Cassper Nyovest success.

“This matter for me has always been about business principles and asserting my legal rights to my intellectual property and a binding contractual clause that clearly states that myself and MakhuduCom are equal split partners to The Braai Show.

“I wish continual success for The Braai Show and its host for season two. After all is said and done, it’s just business.”

The Braai Show and Cassper joined forces to raise money for young cystic fibrosis sufferer Nompilo Dlamini who is a 26-year-old nursery schoolteacher from Swaziland,

Since starting the “Save Nompilo” campaign, Cassper has donated a whopping R150,000 towards the cause and The Braai Show executive producer Cake Media contributed R100,000 to the drive.

Now they've created an SMS line where people can donate R10 by sending an SMS to the number 38058.

Five lucky people who contribute via the SMS line will win a braai with Casper.

Just Donated R150 000 to #SaveNompilo. Please donate what you can to help .@NkhosiLa

The 'Siyathandana' star has distanced himself from AKA and SABC's dispute over their hit series 'The Braai Show'.
TshisaLIVE
3 months ago

Many questions came up on the TL about how Cassper managed to come for AKA's gig.
TshisaLIVE
3 months ago