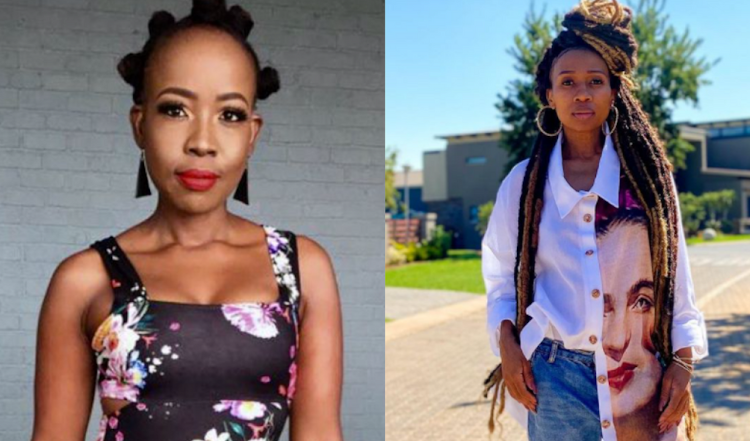 Poet Ntsiki Mazwai and media personality Dineo Ranaka have seemingly found a way to move past Twitter wars and let bygones be bygones.

The two opinionated and outspoken women have clashed before, but it appears there was never any love lost between them.

Ntsiki took to Twitter on Wednesday to share an image of herself with Dineo with the caption: “Life after Twars.”

The pair were posing on the set for an upcoming show on SABC1 themed around creating generational wealth and protecting one's wealth.

The two media personalities engaged in a heated exchange on Twitter in 2015 which started in a conversation about weaves.

Dineo alluded that Ntsiki not wearing a weave made her look dirty.

When Dineo took aim at Ntsiki's hygiene, she clapped back by bringing attention to her having multiple baby daddies.

“Instead of worrying about my hygiene you should worry about your baby daddies, sisi Dineo Ranaka. You are on number what now?” she wrote.

When a SA 'Role Model' says not wearing a weave means you are dirty! Lol! Dineo Ranaka tho..........take your meds!

Instead of worrying about my hygiene u shud worry about your baby daddies sisi @DineoRanaka ur on number what now?

Luv u 2 ausi 😘 my ovaries luv u too 😂 RT @ntsikimazwai: @DineoRanaka I luv u & always will. Even when we fight again. I still Luv u

Ntsiki has constantly defended herself against social media comments about her looks and hygiene.

During Comedy Central Roast in 2018, everyone on the panel claimed she did not take baths. Somizi Mhlongo even went as far as saying she should be nicknamed “Ntsila”, which means dirty.

“Do people say I'm dirty because I don't wear makeup or because they are body/looks shaming me? I been trying to figure this out for years.”

In her twar with Dineo, Ntsiki concluded she was called dirty merely because she did not wear weaves and seldom wore makeup.

“My hygiene is spoken of by people I don't even know, just because I hate weaves! Lol! That time it is weaves that lack hygiene.”

DJ Zinhle weighed in on her bestie's comments about Ntsiki.
TshisaLIVE
3 years ago

Love or hate her, the woman has influence because every second tweet from her lands her on the trending list!
TshisaLIVE
1 year ago

Mshoza spoke openly about why she and Ntsiki Mazwai buried the hatchet and what the beef was about.
TshisaLIVE
3 years ago