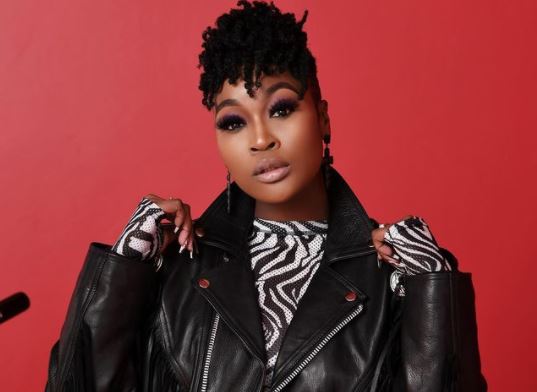 DJ Lamiez Holworthy says since she started her career as a DJ, her mom has been there for her every step of the way.

In a heartfelt post about her mom, the star responded to a tweet about parents who never stop believing in you.

Lamiez took the time to give a shout out to her mom, who she said is the brains behind it all and has been her biggest supporter since she started her career.

“My mom in a tweet. Tweeting from our hotel room. We flew to a gig and my mom is my manager. Has been from the day I started.

“Everything that’s gone in to my brand is because of her: she’s legit the brains behind it all,” said Lamiez.

Tweeting from our hotel room. We flew to a gig and my mom’s my manager. Has been from the day I started.

Everything that’s gone in to my brand is because of her: she’s legit the brains behind it all. https://t.co/nIRmuZBh5r

This led to a discussion in her comments section as fans chatted about Lamiez and her many blessings.

This must be the biggest blessing ever😭😭😭♥️♥️♥️

Your mom is an angel on earth😍

Lol that's legit,my Momma is my manager too and I've fired her twice but it doesn't work without her

Though she has supportive parents, growing up she had to overcome some struggles. The star has previously opened up about the bullying she experienced as a result of colourism when she was younger.

In the age of Beyoncé’s Brown Skin Girl, many conversations have been popping up on our TL lately. One of them is about colourism, or discriminating against someone because of their skin colour.

TV personality Lamiez joined the convo when a tweep responded to a photo of herself with Khuli Chana by advertising skin lightening products.

The star didn’t take too kindly to the post trying to sell her something she clearly doesn’t want.

“No offence to anyone who deems it fit to bleach their skin, but me? I love my dark skin wholeheartedly! Now more than ever. Especially because I grew up around people who made me feel like there was something wrong with it,” said Lamiez.

Lamiez Holworthy wants y'all to know she's more than just a DJ.
TshisaLIVE
9 months ago

Lamiez and Khuli's baecation has been serving beautiful views, high fashion and the cutest #couplegoals!
TshisaLIVE
8 months ago

"Because accidents are exactly that - accidents. It could happen to any one of us at any given time - unexpected and unintentional."
TshisaLIVE
9 months ago