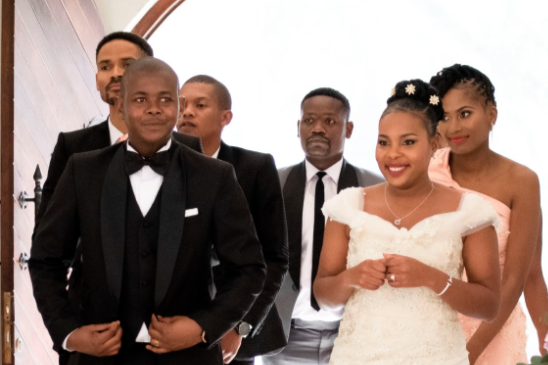 As Skeem Saam fans get settled into the latest reality at Turfloop that saw Thabo leave his new wife Mapitsi for a fancy overseas job, the actor behind Thabo's character, Cornet Mamabolo, has shared his feels about his last scene and a future outside the soapie.

The actor announced he’s officially going on an acting hiatus to focus on his business endeavours and fans were left heartbroken by his last scene on the SABC1 soapie.

In an Instagram live session Cornet took his fans into what transpired behind the scenes before he shot his final moments on the show.

He said the environment was tense with emotions and he felt a lot of pressure.

“That was a one-take scene. When I shot that scene, I had so much pressure. You know, I had this thing in my mind, that you are only as good as your last performance ... as good as your last show. So I was like, I'm taking a break from this show and this is the scene where I am leaving. It was so difficult for me to tap into emotions ...”

The actor said seeing how the cast were fully in the moment with him, helped him break through his walls to give a truthful performance in that moment.

“It was an emotional, beautiful scene,” he said.

"Thanks for all the support you have shown me over the years, I mean I literally matured to be the man I’m today before your eyes," the actor said.
TshisaLIVE
1 month ago

Cornet went into the details of what made the scene and added that he was happy and proud of how it turned out.

Here's a trip down memory lane:

'Skeem Saam's' #ThaboWedsMapitsi was the content most of SA signed up for!
TshisaLIVE
1 month ago

'Skeem Saam' actress Pearl Maimela is now a ministering pastor but she won't quit acting and says will be on the screens soon.
TshisaLIVE
2 months ago

"I'm sorry for being a monster, not only to you but to our kids as well. I'm sorry for abusing you mentally, emotionally and verbally," read part of ...
TshisaLIVE
1 month ago

The actress, who plays Lizzy, said she wasn't keen on celebrating her birthday this year, but surviving Covid-19 changed her perspective and forced ...
TshisaLIVE
2 months ago