Hold up! what? Nadia Nakai trends after Vic Mensa shows off his new 'bae' 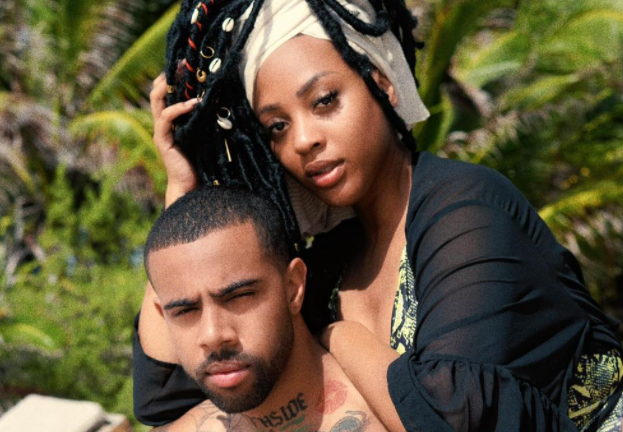 Fans feel that Vic Mensa has moved on too quickly from his relationship with Nadia Nakai.
Image: Instagram/ Nadia Nakai

The internet is a mess after US musician Vic Mensa posted a video of himself with his supposed new bae less than a month after Mzansi found out that he broke up with SA rapper Nadia Nakai.

Those who wholeheartedly loved Nadia and Vic as a couple were left heartbroken after Nadia confirmed their break-up earlier this month.

So when fans spotted a video posted to the U Mad hitmaker Vic's Instagram story, wherein he seemed to celebrating his new flame, they had a hard time understanding.

In the video, Vic can be seen out and about all cuddled up with a woman, who evidently isn't Nadia.

Here's the viral video clip below:

With the video sending fans into a tizz, many took to social shook over Vic's supposed new bae. Fans were in disbelief that the US musician had moved on from his relationship with Mzansi's Bragga so “soon”.

Vic has not confirmed if the clip is part of a music video, a PR stunt or is a reel from his real life.

Even so, Nadia landed up on the Twitter trends list, with the peanut gallery sharing their thoughts on Vic moving on from her.

“Haibo this guy was dating Nadia 5 minutes ago,” exclaimed one user.

However, some felt that it was time for the stars to move on and fans should sip their tea and mind their business.

Check out their reactions here:

Now I see why Americans said we tweet from the same computer 😭😭😭. We are all in his comments like Nadia is our sibling😅 https://t.co/bEn3cR3hGp

Haibo this guy was dating Nadia 5min ago 😭 After God, fear men 🙌 https://t.co/BkI594vtCi

Mara Nadia did mention that they broke up, it's been months I believe
Can't this guy move on in peace,
Nadia moved on with her life.
🤷‍♀️ Satafrika rest bathong https://t.co/02VOZAwpOi

I guess the love you had for Nadia did not have a passport to go to the state? https://t.co/CKWFYLX6UX

but didnt we warn Nadia ?! someone must warn @Kamo_mphelaxx too... https://t.co/NRT99hslYV

Though Mzansi was rooting for the pair, Nadia revealed that they had broken up. In an episode of Truth or Drink with media personality Lasizwe Dambuza, the Naaa Meaan rapper revealed that she and Vic's relationship had come to an end.

The pair linked up when Vic sent her a direct message on Instagram and they later took the conversation to WhatsApp, worked on a song together and then met in Ghana for the first time when they shot the music video for Practice.

In an interview with Slikour in July, Nadia spoke of the struggles of being in a long distance relationship and how they made it work.

“I feel like our connection has been so strong, and so amazing and so exciting and informative ... I like the fact that I'm dating someone I can learn from.”

It's "all love". Cassper Nyovest and Nadia Nakai are still on good terms.
TshisaLIVE
1 month ago

It ended in tears! Nadia Nakai reveals that she and Vic Mensa broke up

“We broke up, but it's fine, it doesn’t matter,” said the rapper.
TshisaLIVE
1 month ago