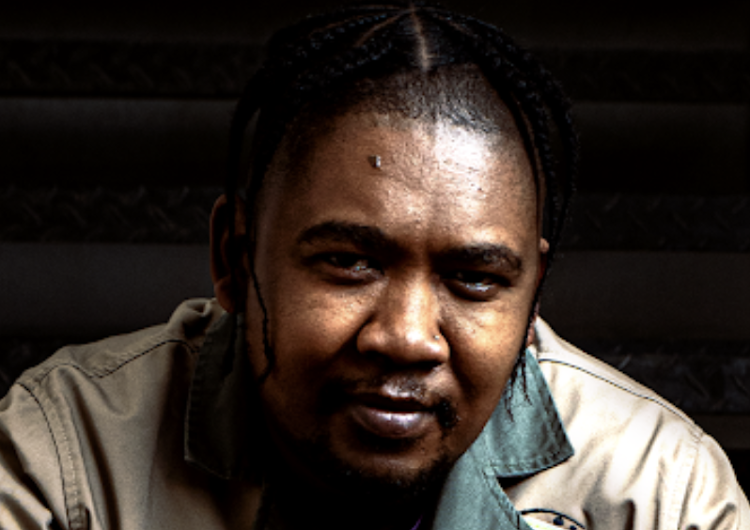 After SA saw the death of fan favourite Quinton Nyathi at the hands of Zenzele Kubeka, actor Robert Mpisi has opened up about playing bad boys and making it big on Scandal!

As many still mourn the loss of heartthrob Quinton, played by actor Brighton Ngoma, a new family are making their way onto the scene, the Kubekas.

Shortly after crashing his waste management truck into the Nyathi Family Holdings (NFH) building, killing Quinton in the mix, the youngest son of the family, Zenzele, played by Robert, gets away seemingly scott-free after the incident.

Chatting to TshisaLIVE, Robert said he was keen to be part of the Kubeka clan.

Known for his bad boy roles in shows Soul City and Gomorra, Robert said he aimed to make this role stand out from the rest.

"They are a strong and closed family and are not scared to get their hands dirty to protect their own. Having played so many 'bad boys' in my career before, the biggest challenge I had was making Zenzele different to all the other baddies I have played," he said.

"It’s never easy being a villain, the emotional journey of it," the actor noted.

Considering the Kubeka family dynamics, he feels mother Nomvula (Slindile Nodangala) should have been tougher on her son's actions. A lesson for all parents to be  firm with their children.

"As much as we would like to give our children everything they want, one needs to set boundaries. Nomvula should have been a little tougher on Zen," said Robert.

The actor was excited to join the popular e.tv soapie and gave a shout out to the writers.

"Scandal! is one of the shows in Mzansi with an incredible cast and writers. The experience has been amazing. The writing team has always for years been able to tell stories that got people talking and coming back for more. It was exciting for me to be part of that storyline," he said.

Sivenathi Mabuya confirms her time is up on 'Scandal!' after 4 years

"These past four years have been magical ... it was an absolute honour to play this character," said Sivenathi Mabuya, who played Xolile on 'Scandal!'
TshisaLIVE
1 month ago

"Dintle, as a character, has been through so much, lost so much, " said actress Pasi Koetle.
TshisaLIVE
1 month ago

Mzansi says goodbye Quinton Nyathi after his death on 'Scandal!'

After 10 years of being SA on-screen heartthrob, Brighton Ngoma has bid farewell to Quinton Nyathi.
TshisaLIVE
1 month ago