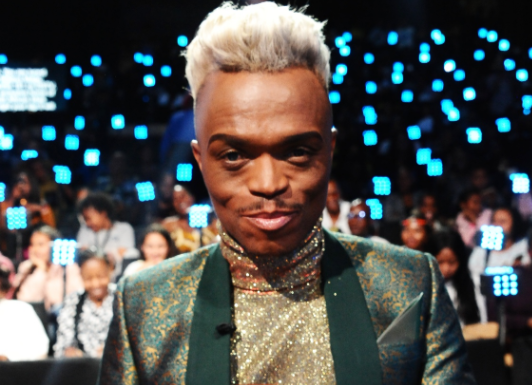 Media personality Somizi Mhlongo has shared some of his personal rules regarding phone etiquette and answering calls.

In an IG video, sharing moments and thoughts about life with his fans, the star had a bone to pick in front of his bathroom mirror.

Somizi took issue with those who insist on calling him before 9am. He advised that they don’t do it, unless there is genuinely an emergency.

“Guys, I forever have an issue with this: don’t call me early in the morning before 9am. I don’t care who you are, don’t call me before 9, please.

“Do not call me before 9 o’clock unless its an emergency. Like honestly? It is an emergency and we know each other on that level and if it is an emergency, call once and then text. Do you understand? Text, because I am not going to answer your cal,l unfortunately,” he said.

He went on to tell those who have his number that it is nothing personal but he just isn’t in the mood to talk at that time of the day. He said that too many calls in the morning could catch you a block if you are too persistent with him.

Somizi often uses his social media platforms to share bites of his life with his fans.

In one of his inspirational videos he posted to the TL earlier this year., the star had a shout out for what he calls his fellow overthinkers and all those scrolling past. Chatting in his bathrobe while in his bathroom, the star admitted he was one to think more than necessary.

“I am an overthinker, yhu guys!

Somizi returns to choreography after a two year break

Somizi goes back to choreography following his exit from 'Idols SA'.
TshisaLIVE
10 months ago

"I know that this will not be the last time South Africans see her on their screen," said M-Net's Local Channels Entertainment director Nomsa Philiso ...
TshisaLIVE
10 months ago

Somizi's fans 'not OK' after first 'Idols SA' episode without him

"Somizi can’t be replaced. The show is so vanilla without him," said one fan, even though other people begged to differ.
TshisaLIVE
11 months ago