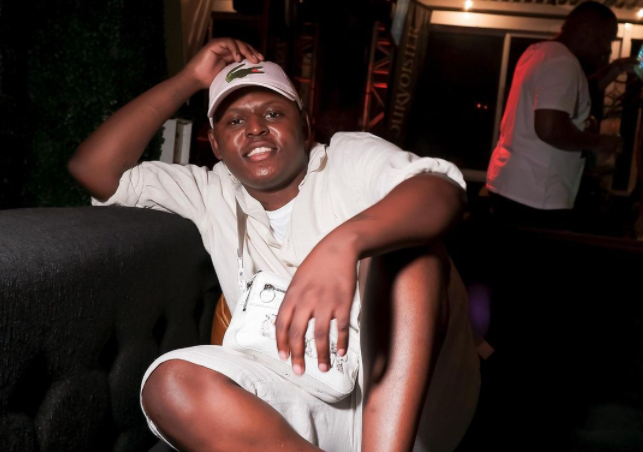 Que DJ on his intentions to settle down.
Image: Instagram/ Que DJ

One half of the Distruction Boyz, Thobani “Que” Mgobhozi, has made his intentions clear about wanting to settle down with his baby mama and girlfriend.

In an interview with TshisaLIVE, the DJ opened up about how he had been planning to ask his girlfriend for her hand in marriage but got sidetracked.

“ I’ve been thinking about it but Covid-19 slowed things down so much because if you really look at it, we’ve just had three years of not doing anything or not being able to do anything so it’s set me back from any plan I’ve had.”

Unlike many young people his age, the idea of marriage doesn’t intimidate Que.

“I am enjoying my relationship with the person I’m with right now. Given that opportunity, if I feel like I’ve worked hard enough, getting married wouldn’t be a problem for me because I love her and I can picture myself spending the rest of my life with her so it’s not something far-fetched for me. I’d like to be married.”

In September 2018 Que became a first-time parent when he welcomed their baby boy Inathi, and it has encouraged him to keep working hard.

“Having Inathi in my life has made things clear for me. If I don’t work he won’t be a certified lover boy.

“It’s amazing to be a dad to such a beautiful young boy and to have the family. My girlfriend is supportive, my family is supportive. It hasn’t been an easy ride but I’ve stuck to it because of their support.”

Distruction Boyz muso Que DJ chats to TshisaLIVE about his dream to become a radio presenter.
TshisaLIVE
2 months ago

Distruction Boyz' Que on becoming a dad: 'I feel like everything in my life is coming together'

Distruction Boyz' Que is looking forward to the next chapter of his life.
TshisaLIVE
3 years ago

The world is watching and Distruction Boyz are coming for that BET award.
TshisaLIVE
3 years ago