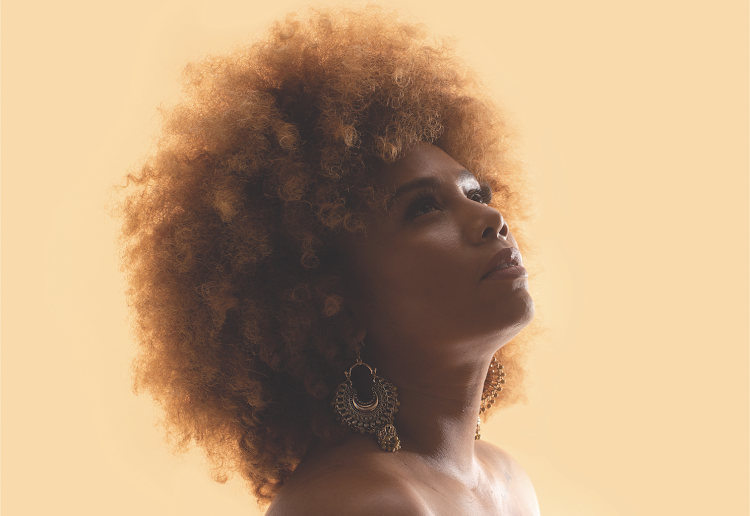 Lungi Naidoo is proud of her African and Indian heritage in her comeback EP 'Courage'.
Image: Supplied/Robyn Walker

Singer Lungi Naidoo has made a return to music with her latest EP celebrating her heritage, and the star says she has found her voice once again.

After a hiatus from making music, Lungi is back stronger than ever with her multi-genre EP Courage, honouring her heritage and pride for her African roots.

Speaking to TshisaLIVE, the star said she needed to take a break from the industry to find herself.

“I just needed it (the break) so I could gather my thoughts and basically save my life and sanity. I had to take a step back. I really had to just recoup because I felt like I was being pulled in every which direction.

“I have been in the industry for so long, and how everything has played out has been so amazing but I was starting to lose a bit of myself because I was in such a desperate space,” she wrote.

She also spoke about her return home, saying she needed to find herself.

“I went home just because that's the place that felt closest to me. I had to go home. I left home so young. The little girl who used to sing and loved singing, and sang at Sunday school and in the church choir was doing so because she loved music, she loved singing, she loved writing from a good, honest place and now I had lost that.

“When I started singing, I didn't do it for fame or fortune, I did it because I loved singing so much.”

Being of both Indian and Zulu heritage could sometimes be difficult growing up but Lungi is grateful for the example of her parents.

“The hardships for me weren't as hard as it was for my mum and my dad, honestly. Because they were not allowed to be together, they weren't allowed to get married. Growing up seeing that separation where one goes to a certain place, they can't go with the other one. Even in town they could not travel together.

Lungi was heartbroken over the death of her friend Sindi van Zyl earlier this year, revealing that the pair had plans before Sindi fell sick.

The 45-year-old doctor passed away in hospital in April, two months after being diagnosed with Covid-19. After her diagnosis, a crowdfunding campaign for Sindi's medical bills raised more than R1m.

“I met her on Twitter and we became friends. I remember when she got sick and she posted something on Twitter like 'hey guys, not feeling too good'. I reached out to her on WhatsApp and I was like 'Sindi what happened? I saw your post' and she didn't respond.

“I knew her, but I didn't really know her. We were friends but we had not yet met, we had plans together.

“Her passing, as much as I have lost people that are close to me and a lot people have been sick, but her passing truly hit me hard. I don't know in my mind it's because she is a doctor or because I thought she was going to get better. As much as Covid-19 is a reality, when Sindi passed away the reality of it hit me.”

Singer Lungi Naidoo knows first hand what it's like to be the subject of tabloid headlines after her very public split with crooner Brian Temba back ...
TshisaLIVE
4 years ago

We chat to the style guru about this unique collaboration, and how he translated the essence of South Africanness into an accessory
Lifestyle
9 months ago

Local celebs on how to snag the coolest pair of sneakers

Even if you didn't have a sneaker obsession before lockdown, you've no doubt got one now that you've been spending more time dressed down at home.
Lifestyle
2 years ago