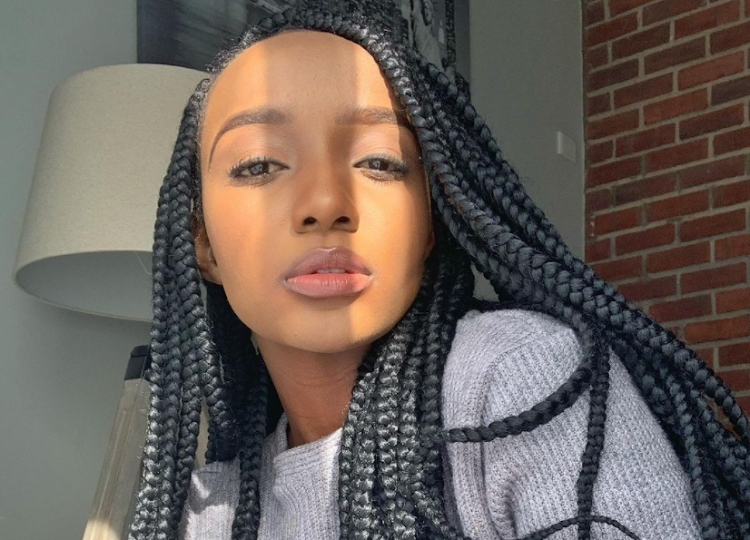 Wedding bells have been ringing in celebville and congratulations are in order for Skeem Saam actress Nozi Langa, who got married to her long-term boyfriend, Boipelo Malao.

The actress took to Instagram on Sunday sharing a series of pictures from her traditional wedding that took place in Limpopo on Friday.

In May this year, the actress posted a picture of herself with a ring on her finger alluding that she could be engaged, which got her fans anticipating her walking down the aisle.

“His wife,” she wrote in the caption.

Fans were also convinced that Rami Chuene got married in private recently, after the actress took to Twitter on Monday to share an image of her in a bridal gown.

“I also attended a wedding this past long weekend,” she wrote.

Actress Dineo Langa took to the comments, congratulating her and speaking of how she struggled to hide the secret.

“It was so hard keeping this in. Congratulations again, Ramz. Love looks beautiful on you.”

“Dude! Ke ne kgamiwa ke secrecy. This was such a vibe though," she added.

I’m going to a wedding this weekend. I have a dress that came with a matching men’s top… pic.twitter.com/wFEhXmg3YY

It was soooooo hard keeping this in. Congratulations again Ramz, love looks beautiful on you. 🥰🥰🥰🥰🥰🥰

Duuuude! Ke ne kgamiwa ke secrecy. This was such a vibe though 💃🏼💃🏼💃🏼

Throughout last week, the actress had been posting cryptic messages teasing towards her nuptials and gushing about being in a healthy relationship.

“When you’re with someone who reminds you that it’s not unusual when everything is beautiful,” she wrote.

Never thought I could be this excited about a wedding ❤️ pic.twitter.com/4MfIpXhyRz

SNAPS | Musa and Liesl already had a white wedding & they looked amazing!

Musa and Liesl shared stunning wedding snaps to reveal that they said "I do" in a white dress and tailored black suit last month already!
TshisaLIVE
1 month ago

"I'm married to the love of my life!"
TshisaLIVE
2 months ago