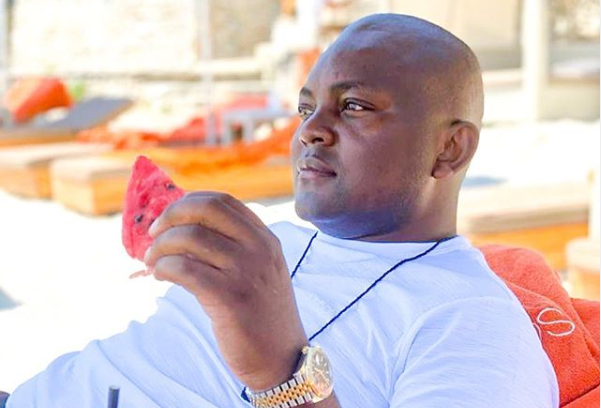 Euphonik was impressed by the EFF's move.
Image: Euphonik's Instagram

The EFF's decision to rename their Johannesburg headquarters after struggle stalwart Winnie Madikizela-Mandela has received the thumbs up from popular DJ Euphonik.

The party unveiled the change during its election manifesto launch over the weekend, on what would have been MaWinnie's 85th birthday.

Euphonik took to social media on Tuesday to post a snap of a plaque announcing the name change and said it was a boss move.

“Politics aside, this is top tier!” he wrote.

Politics aside this is top tier! 🚀 pic.twitter.com/Sz3JtumSyT

Euphonik's post drew mixed reactions, with many joining him in praising the party for the move.

Others questioned why he thought it was necessary to say “politics aside”.

You can give credits without saying "politics aside" or you don't want to upset someone ?

Let me simplify it "I'm not EFF member but this is fire" that disclaimer is unnecessary Mathembana pic.twitter.com/x7gAeboLRq

This is top tier. End of story.

how do you put politics aside in a political matter

You don't have to qualify yourself my brother...we understand and agree with you.

In his address on Sunday, EFF leader Julius Malema said the party would carry on Ma Winnie's legacy of fighting for freedom.

“To Mama Winnie, we say happy birthday Mama, and the EFF can assure you in your grave that we have picked up the spear and are continuing with the war for total freedom because, as you said, what was gained in 1994 was not true freedom,” he said.

Struggle stalwart Winnie Madikizela-Mandela's family has welcomed the EFF's decision to name its new headquarters after their mother.
Politics
7 months ago

The EFF has unveiled its head office in honour of the late struggle icon Winnie Madikizela-Mandela.
News
7 months ago

TOM EATON | Before parties promise us the world, let’s start with the basics