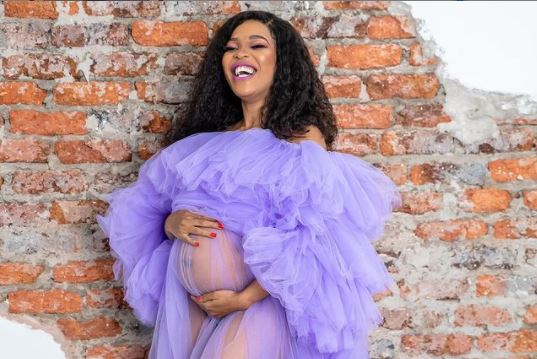 Songstress Mmatema and her hubby Tshepo Gavu hosted a cute gender reveal braai for three at their house and captured the moments on YouTube to share with friends, family and fans.

The Idols SA runner-up announced her pregnancy on social media earlier this month with a snap of her baby bump in a stunning dress.

While Mmatema is hoping for another son, Tshepo said he was holding his thumbs for a daughter.

“With our first child, he wanted a girl and I wanted a boy. God gave us a boy. This time around, he wants a girl again. I wouldn’t mind being a soccer mom, I think I’ve been around girls too much and he’s been around boys too much. We already have a name for a girl. I think Ethan [their first born son] would love a baby sister. He’s already over-protective.”

After bursting the balloons, it was revealed the couple is having a girl.

Watch the family's cute reaction below:

Mmatema got married in 2019 and gushed over her bae on Instagram.

She said she couldn't wait to spend forever with her husband.

"One evening, I asked him to believe with me and we pray this away. He did and we started praying," Mmatema shared.
TshisaLIVE
10 months ago