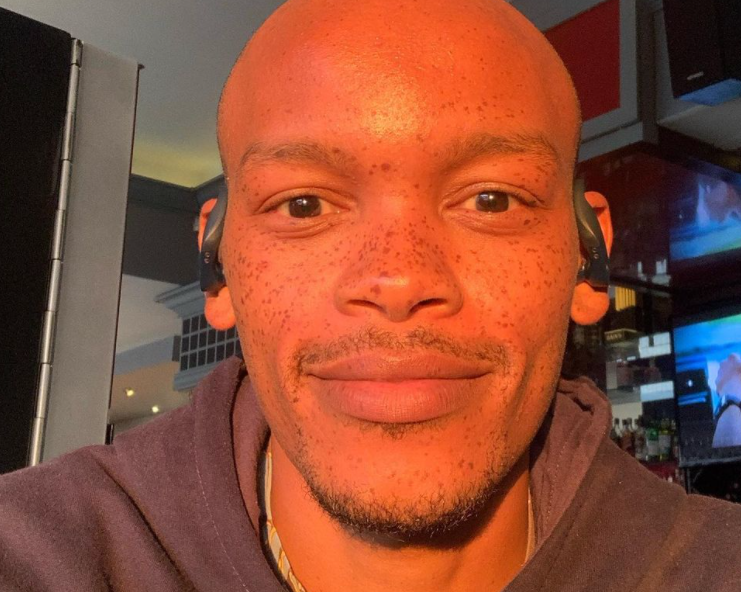 Nota says he had Stogie T pinned on the ground during their alleged altercation.
Image: Instagram/ Nota

Nhlamulo “Nota” Baloyi has set the record straight after a video of him being escorted out of an event space went viral on social media on Sunday.

Taking to Instagram Live, the music executive who is infamous for being a former manager and business partner to rapper Kwesta, claimed he had pinned Stogie T to the ground when the rapper attempted to attack him.

“I’m here to set the record straight. He didn’t even scratch me. He tried to swipe at me. He’s so slow that I could duck, move and grab his hand and make sure his fist hit the ground before he kissed the ground. N*gga bounced on his own belly. I had to ride the bounce while holding him onto the floor, pinning him down to the floor.”

“I had my hands around his neck. I took him down and kept him down. I heard he punched a woman two weeks ago while looking for me. Kiss your TV career goodbye. He kissed the tiles face first. I was acting in self-defence. He tried to attack me,” Nota said.

Nota went on to explain how the fight ensued, saying he had approached Stogie T to confront him about what he wanted from him after heard the rapper had been looking for him.

“I walked up to Stogie T after he told a friend of mine that he was looking for me and they had a fight and he ended up punching a woman because of that fight. He punched a woman while they were trying to separate the fight. One thing for sure is I'm spending my money on my lawyers. Stogie T, you're done for. I was too fast for him, I used his weight against him. I was on top of him, he tried to flip me,”

Though Stogie T has been mum about the matter, Nota claims their altercation left the rapper's clothes ripped.

“Everybody saw him torn up. He can come again I'd do that to him again. I didn't hit him. I just pushed him to the ground to make him injure himself with his own weight. Then I had to be carried out by three bouncers. They wanted to restrain me so I don't attack this guy. He attacked me and he missed. People only started recording when the bouncers were letting me out. I hope you learnt your lesson, you embarrassed yourself. You ended up having to stay at the party with torn clothes.”

Reacting to the news, Cassper Nyovest and other local Twitter users said they failed to believe Nota was capable of beating Stogie T in a fight.

Take a look at some of the comments below:

I'm sorry but ain't no way Nota Pinning Stogie Down !!! I don't believe him!!! Well, I never believe him. Lmao.. I'm sure ba mo goteditse ka tse hot.. Settle it in the ring boys. Street fights aren't cool, they are too dangerous. Get in the ring if you wanna be a tough guy!!! pic.twitter.com/8S1sBLJ7af

Nota expecting the whole country to believe that he pinned down Stogie T 🙆🤔🤐 pic.twitter.com/FCUPGooJ5y

I don't know what Nota looks like so I assume he is a skinny dude cause people don't believe he pinned down Stogie T pic.twitter.com/n9GqkerHQS

TshisaLIVE attempted to get a comment from Stogie T but could not reach him at the time of publishing this article.

Nota Baloyi: Ntsiki is more influential than any woman in the EFF, unequivocally

Ntsiki Mazwai was living for the rapper's applause!
TshisaLIVE
1 year ago

Nota and singer Berita celebrated their one year wedding anniversary after tying the knot last year.
TshisaLIVE
9 months ago