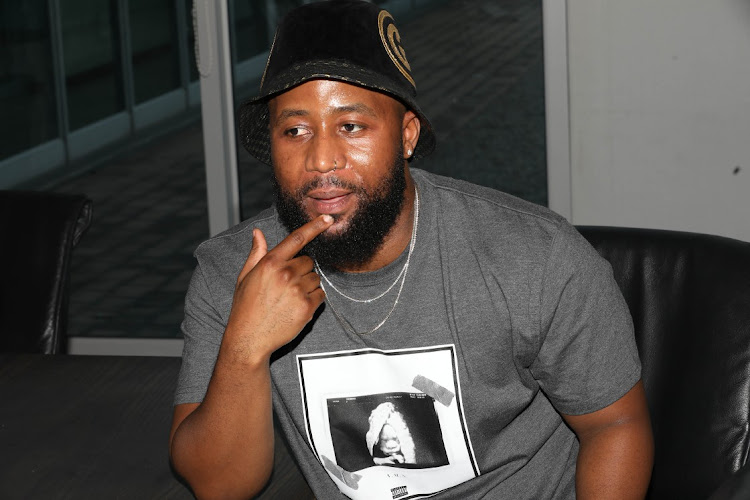 Cassper Nyovest has made it clear that he sees himself as a trailblazer and in his latest flex he reminded South Africans that he made it cool for rappers to jump onto the amapiano genre.

The rapper believes that if SA fans are at the point where they accept that rappers can dabble in other genres like amapiano, then he ought to get his due credit.

Cass took to Twitter to ask tweeps to put some respect on his name.

“I made it OK for rappers to jump on Amapiano. I was the first one, I had the first hit with amapiano as a rapper. They dissed me at first but now that everyone is doing it, nobody wants to talk about that. I'll never let them forget how they was mocking me! I'm the pulse Boyz!!”

I made it okay for rappers to jump on Amapiano. I was the first one, i had the first hit with amapiano as a rapper. They dissed me at first but now that everyone is doing it, nobody wants to talk about that. I'll never let them forget how they was mocking me! I'm the pulse Boyz!!

As an artist, Cassper has evolved with the times, and his sound is completely different from when he started out.

Cassper is known on the TL for his “humble brags”, and he has for the longest time been at the centre of squabbles when it comes to his sound.

Tweeps had mixed reactions to his post, with one follower giving him a certificate because they are tired of the rapper always whining and wanting a pat on the back for joining the yanos.

He wasn't even a hip hop head He just jumped straight to amapiano wave pic.twitter.com/uPq1DqsBkh

After his hit Siyathandana, where he featured Boohle, fared well, he got entangled in a “who spit it better” brawl.

The amapiano vocalist shed light on how she came to feature on Siyathandana and how big a role she played in making the hit song.

When asked whether Cassper Nyovest contributed to writing the song, she responded: “He only came with his verse. I wasn't even there.”

Boohle's response saw her top the Twitter trends list and social media users were shocked she didn't defend Cassper, or at least make it clear that the song works because of their collective handiwork.

Upon seeing the clip, Cassper took to Twitter on Thursday saying he was unimpressed with the comments made on the show. He added that he was not willing to give any explanation but rather wished Boohle the best with her career.

“This is so disappointing and I've watched it a few times. I won't even explain anything about how this song was written but I got sooo much love for Boohle man. One of the most gentle of souls I've met and we made magic together. May God bless her, may she make many more hits,” he wrote.

"It’s so crazy that it’s not my first gold!"
TshisaLIVE
7 months ago

Cassper Nyovest says he prefers to handle all his quarrels in the boxing ring.
TshisaLIVE
7 months ago

"We constantly talk on Twitter in the DMs."
TshisaLIVE
7 months ago

WATCH | Levels! Cassper gifts baby mama Thobeka with a Rolex for her birthday

"It's Baby Mom's birthday so I bought her her first Rolex," Cassper shared on the TL.
TshisaLIVE
7 months ago