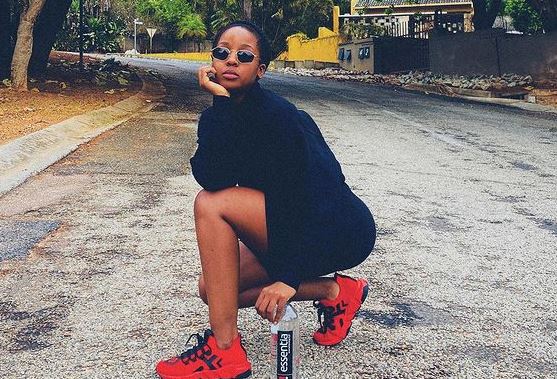 Actress Thuso Mbedu hasn't been home in a while and so she surprised her family with a visit.
Image: Instagram/Thuso Mbedu

Thuso Mbedu hasn't been home in a minute and when she finally touched down she surprised family and friends with a visit.

The actress, who has not been home in more than a year, has been doing the most in America to etch her star power on to the Hollywood wall of fame.

Thuso pulled out all the stops for the big surprise. She took to Instagram to share her family and friends' priceless reactions. She said the most exciting part about being home was the surprise she pulled off, because it’s really hard to keep something like that under wraps.

In the video Thuso is seen moving from one place to the next as she sees people close to her heart whom she has not seen in a while.

“My favourite part about last week, I was able to successfully surprise my family,” she wrote, before she got into the nitty gritty of planning and executing her ideas thanks to her friend.

“This is love. I wish I could’ve been able to surprise more of my friends but there are so many it would’ve been a whole weekend affair. But you know I love you and I will see you soon.”

The International Emmy Award-nominated actress has been doing exceptionally well for herself considering she has been abroad less than two years. She has won her first international award, at the inaugural Hollywood Critic’s Association awards, in the category of TV Breakout Star. Thuso is now set to star alongside Academy Award-winning actress Viola Davis in The Woman King movie.

Both Mzansi and international critics can't believe Thuso didn't get the recognition they feel she deserves!
TshisaLIVE
1 year ago

Here’s why Thuso Mbedu trended as KZN riots started & the fire she breathed!

"I feel no need to prove myself to you," said Thuso to her naysayers.
TshisaLIVE
1 year ago

Thuso's perfomance as Cora in 'The Underground Railraoad' has gained the SA star critical acclaim in Hollywood.
TshisaLIVE
11 months ago