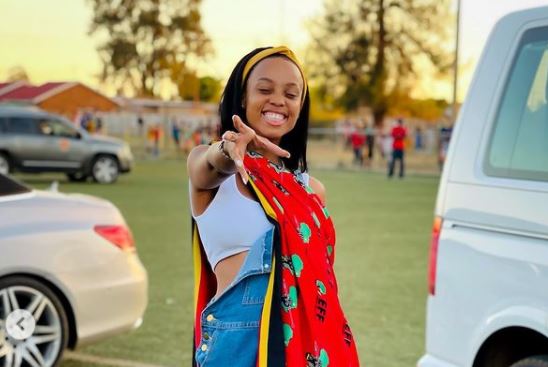 Even people who aren't fans of EFF or Julius Malema have no choice but to agree that the EFF rallies are a vibe thanks to the youth squad Malema has and the latest video of them dancing will have people thinking December has arrived.

Malema has enlisted the youthful vibes of actress Ntando Dumo, actor Cornet 'T'bose' Mamabolo of Skeem Saam fame and reality star Uncle Vinny among others to ensure that his rallies feel like parties not to be missed.

The squad has been with Malema as he holds rallies all over SA in preparation for the upcoming local elections.

Taking a break from talking politics, the CIC joined his “groove” squad to dance to a popular amapiano track and the crowd lost their minds.

Watch the video, shared by Ntando below:

There is never a dull moment at EFF rallies. If they are not bringing the December mood on stage, Malema ensures that he has the audience in the palm of his hands with his often controversial speeches.

While speaking during the Mpumalanga leg of his campaign last week, Malema told EFF supporters that they could have as many as 10 children and the state would care for them.

Last week Malema went back to his roots in Moletsi, Polokwane, at the Bahlaloga royal house to introduce councillor candidates to King Solly Moloto.

TimesLIVE reported that for his gesture, the EFF president and his party earned Moloto’s blessings, as he wished the party well ahead of the November 1 local government polls.

Moloto was all praises for Malema, saying the man he knew was different from the “rabble-rouser” known by many. According to Moloto, Malema is a simple man who recognises and respects his roots — and the royal house.

Ntando Duma's blood is red and she ain't afraid to show it.
TshisaLIVE
1 month ago

Julius Malema plays Father Christmas as he begs for votes

The EFF leader has been making unrealistic promises to communities he visited in the last two weeks, notes Mawande Amashabalala.
Opinion & Analysis
1 month ago