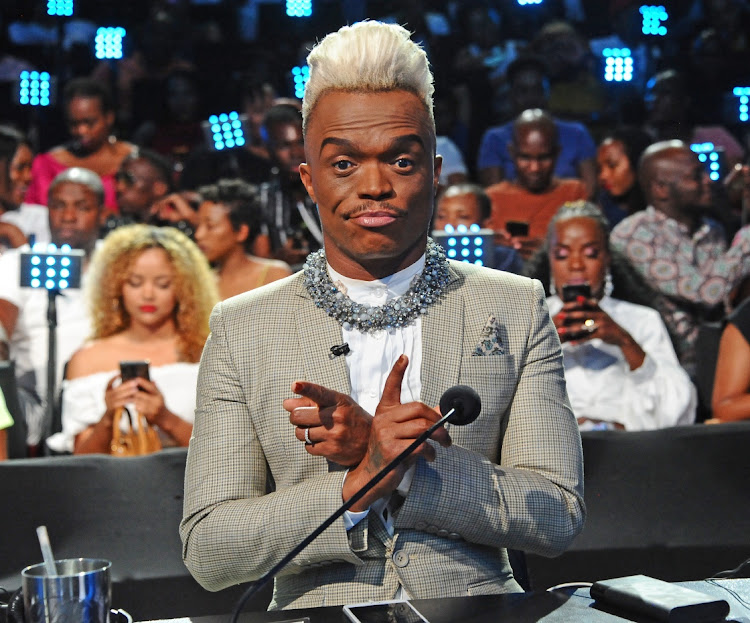 Former Idols SA judge Somizi Mhlongo has taken to his Instagram to let folks know he’s still happily single and that not every man he poses with is his estranged husband Mohale Motaung’s replacement.

The rumour mill seems to have moved from the belief that Somizi is dating musician Vusi Nova and has found a new guy they believe is Somizi’s love interest.

Taking to his Instagram, Somizi shared a screenshot of a link to a blog post that had a picture of him and his friend Bongani Bongzie Mfihlo in which the unnamed blogger claimed they were dating.

Somizi shut down the rumours and made it cleart he and Bongani were just good friends, adding  it was unfortunate that every guy he poses next to will be dubbed “his new love” when he is enjoying the single life.

“So I’m not allowed to be seen with any male. Kushukuthi ngisazo finder mos ama new loves .(this means I’ll keep on having alleged new love).

“Kumnandi kwa singlehood mo (it’s nice being single), Bongani, askies my friend, don’t worry you will be replaced soon. Enjoy it while this new love lasts. LOL,”  SomG wrote in the caption.

Somizi and Mohale met at the signing of his memoir Dominoes: Unbreakable Spirit in Johannesburg in 2017.

The high-profile couple had an OTT traditional wedding in 2019 followed by a white wedding in 2020 which was documented in a Showmax special titled Somizi & Mohale: The Union.

After abuse allegations emerged between the pair, they confirmed they were in the process of divorcing earlier this year.

Mohale is taking a much needed rest at the Kruger National Park.
TshisaLIVE
3 months ago

Somizi returns to choreography after a two year break

Somizi goes back to choreography following his exit from 'Idols SA'.
TshisaLIVE
4 months ago

Somizi claims he's never been abusive towards Mohale and added, "I am at this stage not at liberty to dive deeper into the details but can state that ...
TshisaLIVE
5 months ago