Mzansi reacts to Youngstunna's album: 'It's a head start to the weekend!' 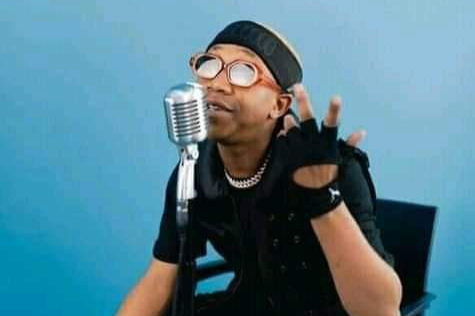 Like the lyrics to his hit song Adiwele ft Kabza De Small goes 'nam ayan biz'amathousand',  Youngstunna has responded to that call by the yanos by dropping his much anticipated album on Thursday.

The Bopha hitmaker Youngstunna set the TLs on fire and tweeps can't get enough of the album titled Notumato.

Having burst onto the amapiano scene last year he has been doing collaborations with bigwigs in the genre. With songs like Sgija and Hadiwele where he features amapiano DJ Kabza De Small, his music has been setting dance floors on fire.

Youngstunna, who became a household name with his song Bopha featuring DJ Maphorisa and a variety of amapiano artists, started making waves in Mzansi and was backed by viral videos of the yanos getting down to the hit song.

Rapper Reason took to his Instagram to add to the congratulatory messages  the amapiano sensation has been getting. “You worked hard and well on this project, keep shining.”

Youngstunna thanked his team for the support, on his Instagram he posted “God bless the team.”

Tweeps went crazy with some saying the album  gave them a head start to the weekend.

One said it's a good week to be an amapiano head, as another artist star De Mthuda is set  to be dropping his single The Landlord on Friday.

It's been a great week in the industry with many amapiano stars dropping singles.

Here are some of the reactions from the new album that dropped:

no ways Young Stunna needs to be punished for the cocaine he laced on this album, angikho right. 😭😭❤️ pic.twitter.com/4FmxEIHzZ5

Young stunna gave us a headstart to the weekend. 😭 pic.twitter.com/rtqd2a9WXO

From shopping at Prada to getting iced with super expensive Cartier jewellery, DJ Maphorisa is living the dream in Dubai!
TshisaLIVE
3 months ago

"It's hard to describe the feeling of experiencing the youngsters complete the vision after so much pain and struggle," said a proud Ricky Rick.
TshisaLIVE
3 months ago

"For some reason the SA hip-hop scene is draining my life, and with my spiritual journey I want to be in control of my environment," Gigi said.
TshisaLIVE
3 months ago

DJ Maphorisa on his first performance in Dubai: ‘I’m getting serious money’

DJ Maphorisa brags about making a lot of money from his first performance in Dubai.
TshisaLIVE
3 months ago