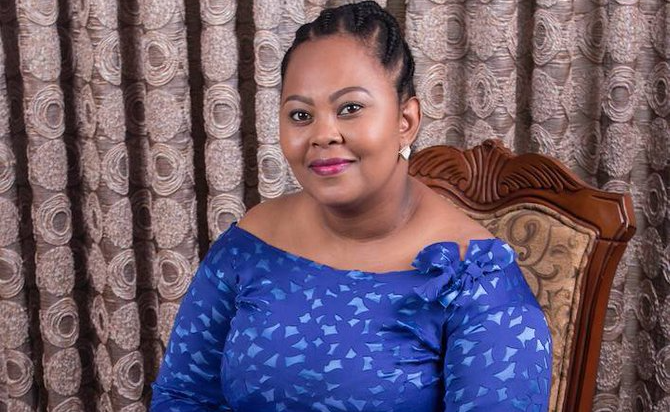 MaYeni of uThando Nes’thembu has lost some fans due to her "moods".
Image: Supplied

Despite having been a fan favourite from the start, Musa Mseleku's second wife, MaYeni, has shed a huge chunk of fans in the current season of the polygamy-themed reality show when fans realised she is “problematic” despite her likable personality.

Season five seems to have changed most fans' perceptions about MaYeni.

MaCele, Musa's first wife, was dubbed the “bully” among the wives when the show started, with MaKhumalo loved for her style and MaNgwabe for her meek nature.

Unfortunately for MaYeni, fans realised she was prone to rudeness when interacting with the wives and that she tends to treat people about her based on her mood for the day.

Please let’s be honest this woman is just a bad person nje yooo haaao🙀🙀🙀There is being a straight talker and there is being rude! Mayeni is rude and not a team player😭#Uthandonesthembu pic.twitter.com/OiKRM6hRzJ

This was particularly visible when Musa's wives went on a getaway to see if they could kindle sisterly love between them and bond.

Things quickly got tense when they decided to play games.

MaNgwabe had organised for the women to play a game in with  they would give each other roses after being  prompted by the instructions on a card.

MaNgwabe gave MaCele a rose for being the person who made her laugh, revealing the pair often call each other and have friendly and humorous conversations. MaCele received a rose from MaYeni for having paid her a compliment on her dress some time ago. The game went on and the women gave each other and themselves roses for acts of kindness.

However, by the end of the game, MaYeni had not received even a single rose. She refused to give MaKhumalo a rose even though she had collected her kids from school, which fans found to be rude.

This did not sit well with tweeps who had to come to terms with the reality that their “Candy Crush Queen” had a side to her that was not great.

We thought Mamkhulu was the unkind one but yiey it's Mayeni she acts like she was forced into this marriage #Uthandonesthembu pic.twitter.com/laTuDD9QF7

I'll wait until Mayeni tell the side of her story before I call her mean #Uthandonesthembu pic.twitter.com/T3YlordDb8

Ayo, they could never make me hate you
Even though what you was doin' wasn't tasteful... #Uthandonesthembu pic.twitter.com/XkdjTHX7Dh

IN MEMES | MaCele got all the spotlight, but fans want their faves, too

It didn't go down too well with MaYeni or MaKhumalo fans not to see their fave wives of the Mseleku household!
TshisaLIVE
2 years ago