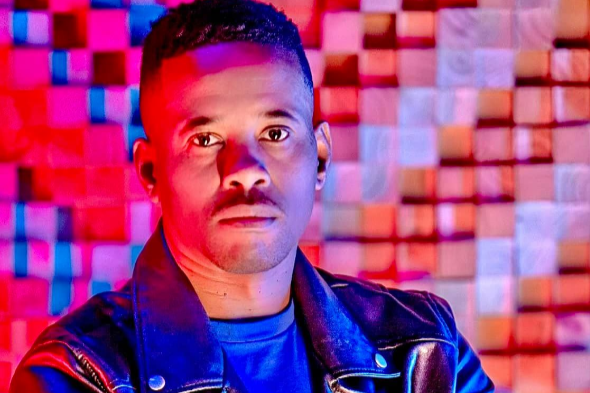 The saying “Amapiano to the world” has been used so many times this year by different artists across genres and DJ Stokie thinks it's encouraging, as it shows the desire for all involved to take over the world.

Speaking to TshisaLIVE, the Soweto-based DJ who was at the forefront of the sound before it blew up said there is room for everyone interested in the genre to join in on the craze.

“Amapiano is going to the world. There is a new sound that is added to the sound every day and everyone is collaborating. Hip-Hop, Afro pop, DeepTech, Deep house artists and producers, they are part of us.”

“I think the production and the dedication the guys are putting into this sound, everyone is working and platforms are now opened for everyone to jump in and create a wave that’s gonna benefit everyone,” he said.

DJ Stokie is one of the trio selected for the Ballantine's There's No Wrong Way to Remix 2.0 global campaign.

“This time what I'm doing different with Ballantine's There's No Wrong Way to Remix, I will put in the exclusive feel of the piano I produce. The wave is more of a deep tech vibe.”

Speaking about the new editions this year, the jock said it should be interesting to see the kind of feel they are bringing to the table.

“It's going to be different, Shimza is coming with Afrotech, Musa Keys and I are on Amapiano. Even though Musa is more into the commercial side of the sound and I will come with the exclusive feel vibes. This Ballantine's There's No Wrong Way to Remix partnership is amazing and we will be giving people something different and unexpected.

“The campaign has given us the platform to showcase our talent of production and we are getting gigs and more visibility from it.”

“Debates are healthy because that gives the sound more exposure. Amapiano has more than five years in the game — the problem was getting exposure. The sound has always made an impact, I’ve been playing it underground, but now that people have recognised it, everything is simpler because the sound is making waves.”

DJ Maphorisa on his first performance in Dubai: ‘I’m getting serious money’

DJ Maphorisa brags about making a lot of money from his first performance in Dubai.
TshisaLIVE
1 month ago

They were also seen in the studio with Black Eyed Peas' Will.I.Am
TshisaLIVE
1 month ago

Following Jorja Smith's take on amapiano, much has been said about who has claim over the amapiano genre.
TshisaLIVE
3 months ago

The amapiano artist is grateful for a second chance to keep chasing his dream of becoming a star.
TshisaLIVE
2 months ago