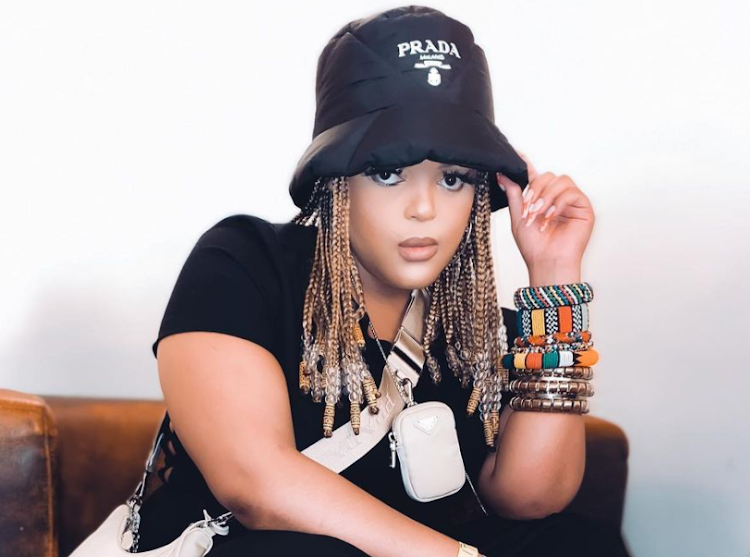 DBN Gogo is beaming with pride after appearing on a billboard in Times Square.

With her involvement with Spotify's Equal Music Program alongside American rapper Saweetie and Nigerian star Tiwa Savage, DBN Gogo said she was honoured to have her name and face on an international platform.

“That is still really crazy to me that I was chosen to be on a billboard up in Times Square, New York. The Equal campaign is really just about promoting women ... just giving women that platform, that extra push to say that we're recognised and appreciated,” she told TshisaLIVE.

The Equal Music Program is part of the Equal Hub campaign launched on International Women's Day this year and is aimed at ensuring that women in the music industry get treated fairly.

The amapiano DJ shared the big news on Tuesday, encouraging her female followers to stay firm as powerful women.

“I had a dream and realised that old ways don’t open new doors; so I decided to make every moment count and worthwhile, to assure that I become everything I wanted for my life. Never apologise for being a powerful woman! ... imagine waking up to your face in Times Square. Every day god and my ancestors are showing up and showing off in my life. I am eternally grateful,” she wrote

"At the end of the day, the talent will speak for itself and the consumers will always know ... the more women we have the better ... let's take up ...
TshisaLIVE
6 months ago

DBN Gogo on dealing with trolls: 'I’ll never be bullied on my own account'

Mandisa 'DBN Gogo' Radebe will block you without hesitation if you come at her side ways!
TshisaLIVE
9 months ago

"I started from the bottom and what my family represents due to their occupation has had no impact on my career."
TshisaLIVE
1 year ago

DBN Gogo catches heat for comments on SA being shut down, not just groove

"My problem is gov not actually dealing with this. But finding scapegoats," tweeted DBN Gogo.
TshisaLIVE
1 year ago