Podcaster Rea Gopane comes under fire for claims made about JazziQ 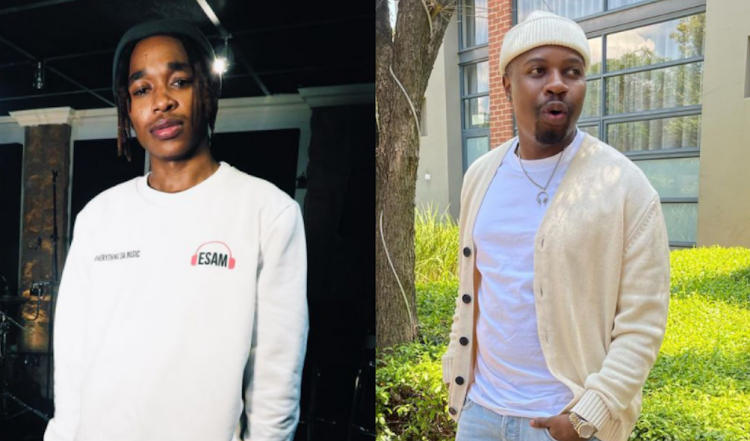 Podcaster Rea Gopane is in hot water again after he made defamatory claims about amapiano star JazziQ.

In a recent episode of his podcast with Blvck Steph, Rea suggested JazziQ is somewhat responsible for the deaths of Mpura and Killer Kau, who died in a fatal car accident in August this year.

"The whole entire entertainment industry looked past the fact that JazziQ sacrificed Mpura and Killer Kau for the betterment of his career. When I saw him I felt like that Woza music video came out after everything happened. Why were Mpura and Killer Kau in the music video when they are not featured on the song? And then I'm like the day after they died, he left and went to Ghana. I'm just saying that, we're not reading in-between the lines," he said.

TshisaLIVE reached out to JazziQ but he declined to comment on the matter, saying he is not doing interviews. However, TshisaLIVE has it on good authority that the amapiano star may be looking at taking the legal route to deal with Rea.

Rea is the same podcaster who was issued a letter of demand from media personality Bonang Matheba, summoning him to post a public apology and pay R500k for damaging her brand with his alleged claims that she "introduced AKA to drugs".

The podcaster has since made it known to his fans that Bonang will "never get a cent" from him.

In a now deleted statement posted by the podcaster, he apologised to Bonang for the comments he made on his show.

“To the extent that I have made statements to certain individuals and in the public media stating or implying Ms Matheba's connection to cocaine, I unequivocally retract all such imputations and unreservedly apologise that they were made,” read the statement.

TshisaLIVE reached out to Rea for comment with no response.

"He was served a summons a few days ago... now; Gear 6!" Bonang said when asked if she's R500k richer thanks to Rea.
TshisaLIVE
1 year ago

The vlogger issued the apology after being served with a letter of demand from Bonang on Monday.
TshisaLIVE
1 year ago