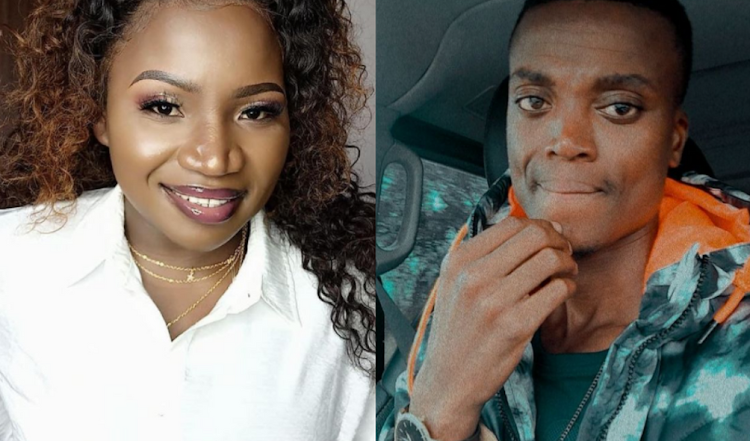 Makhadzi and King Monada assure their fans that there's no 'beef' between them.
Image: Instagram/ Makhadzi / King Monada

Limpopo born stars King Monada and Makhadzi have let bygones be bygones and have swept their dispute under the carpet.

While fans were still convinced that the two artists were not on good terms, King Monada took to Twitter on Wednesday setting the record straight on their relationship.

“I and Makhadzi would like to tell you guys that we are very much incridiciousgalamont and valgalnarable [sic]. Thanks for the love and support ... we love you,” he wrote.

I and Makhadzi would like to tell you guys that we are very much incridiciousgalamont and valgalnarable 🙏
Thanks for the love and support..we love you

This comes after Makhadzi and Monada fought over the ownership of the song Ghanama.

Seeing their blunder in airing their dirty laundry, the pair then came out to tell the country that their fight was actually a stunt.

“I would like to inform everyone that me and Monada, we are fine. We did those live videos for a publicity stunt and it worked for our song to be known before the release,” Makhadzi told her fans.

“King Monada confirms that this was a publicity (stunt). We have ensured that both parties clarify that the beef was fake.” he said.

However, it became clear that the fight was real when the pair abandoned their joint song to both release slightly different versions of Ghanama.

Months later, the pair have decided to move on and they even shared a special moment at a recent ANC rally where they performed the song together and hugged one another on stage.

Ndlovu Youth Choir jumped on board for the #GanamaChallenge, and killed it!
TshisaLIVE
1 year ago

It appears that King Monada and Makhadzi remain at loggerheads over their track 'Ghanama'.
TshisaLIVE
1 year ago

'Ghanama' was already considered a hit by most people in SA. There was really no need for cheap PR stunts.
TshisaLIVE
1 year ago