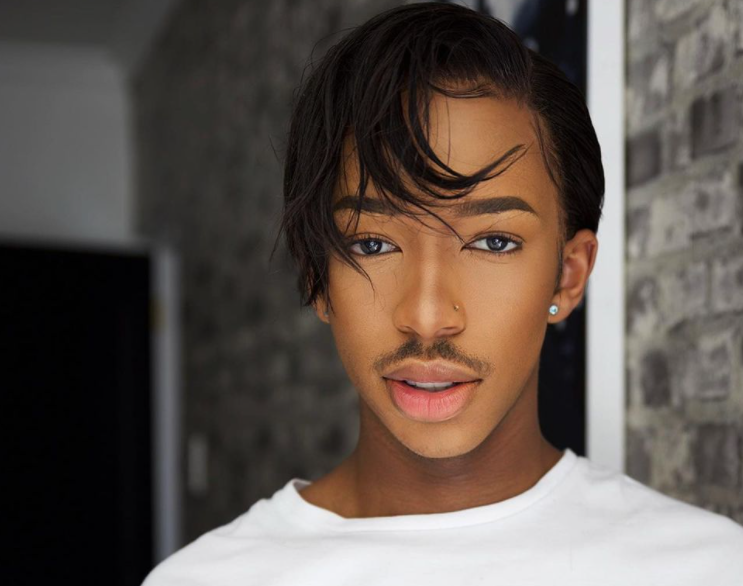 Lasizwe is unbothered by the backlash he's received since his involvement with the EFF.
Image: Instagram/ Lasizwe Dambuza

Lasizwe Dambuza has shared that his Photoshopped face on an EFF poster has fortified his mission to create a safe space for the queer community in society.

The YouTuber and reality TV star took to Twitter to set the record straight after a picture of him Photoshopped onto an EFF poster recently went viral on social media.

“Jokes aside, someone created that EFF poster video. It’s creative but it’s not real,” he wrote in a Twitter post.

Lasizwe on the EFF billboard. pic.twitter.com/I4bLrOE5t3

Jokes aside, someone created that EFF poster video. It’s creative but It’s not REAL.

Speaking to TshisaLIVE, Lasizwe said though he was a receiving backlash from people, he felt it had started a necessary conversation which could help the LGBTQI+ community.

“I always get a backlash. It's just part of the game. My mission now is just to empower the LGBTQI+ community. I'm more focused on bettering the lives of the community who  live in rural areas and are consistently abused and killed, and can't be themselves,” he said.

Lasizwe said he had no regrets about being politically affiliated with the EFF and that the controversy surrounding his involvement in their political campaigns will help ignite an important dialogue.

“I'm glad that Photoshop happened because that means we're going to move in a direction where the LGBTQI+ community will be recognised, especially by political parties, and we'll [one day] have an LGBTQI+ president and make sure the LBGTQI+ community is a safe community and live in a safe space.

“I'm not officially part of the EFF. I just chose to do political campaigns with the EFF because I think our current is very comfortable. I think it's time for change in this country.”

"Whether the business was or wasn't operating, it's not okay to normalise looting"
TshisaLIVE
7 months ago

Lasizwe never wants to work with Cedric Fourie because "some lines shouldn't be crossed".
TshisaLIVE
9 months ago

“This breaks my heart, not only because you are my brother but how a good gesture could turn so bad and we forget the intention behind Lasizwe ...
TshisaLIVE
9 months ago

"People were terrorising me on social media and saying I ate the 2 million and I didn't even see a cent of that 2 million,'" maintained Lasizwe.
TshisaLIVE
10 months ago