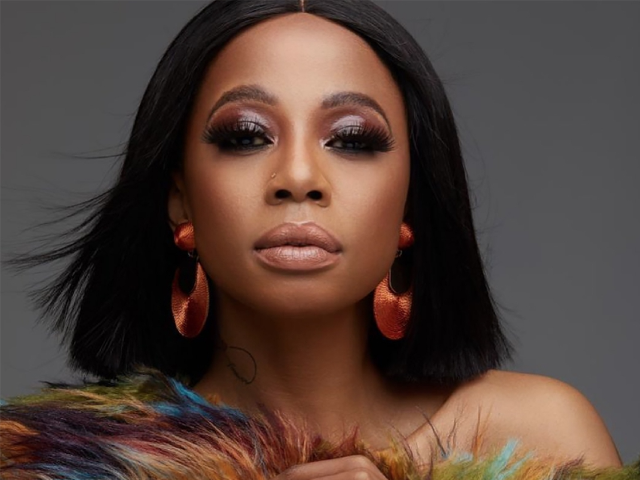 Singer Kelly Khumalo is standing in solidarity with her close friend Somizi Mhlongo as she declined to replace Somizi for the Zimbabwe-based gig for which the media personality was ostracised due to his sexuality.

This comes after Zimbabwean churches and political party Zanu-PF allegedly sent a letter to the president’s office blocking Somizi from attending an event he was booked to appear at as a guest chef for the reopening of a leading restaurant on November 4.

Kelly was set to replace Somizi at the reopening of the restaurant in Harare. The restaurant proprietor, Mandy Mvukwe-Chimhini, confirmed to TshisaLIVE that the Empini singer was booked for the event.

"What you are doing - being homophobic - is no different with anyone who is xenophobic and racist," Somizi said in response to the news.
TshisaLIVE
7 months ago

Kelly's manager Khothatso Tsotetsi told TshisaLIVE that the singer received the same booking after his cancellation. However, she had no idea what had led to Somizi being blocked when they were initially approached.

He added that after they caught wind of the Somizi debacle they distanced themselves from the event and declined the offer.

Somizi shared a video on his Instagram on Wednesday explaining that though he was disheartened that he was shunned because of his sexuality, he would not stop speaking up for the LGBTQI+ community.

“This is not the first time that this happens to me ... them telling me not to go, it won't change the sexuality of those people ... you not wanting me for being me ... I will not stop to speak on [these issues].

TshisaLIVE reached out to Somizi for comment but had not received a response at the time of publishing this article.

Meanwhile, people have taken to social media rallying behind Somizi with shock at the news.

Take a look at the reactions below:

Oh wow!! Somizi must not visit Zimbabwe for his “gig”because of his sexual orientation. The same christian council is mute on child marriages, Gukurahundi and other issues that affect Zimbabweans everyday. Can someone make it make sense for me please… #Angilwi pic.twitter.com/uhHxwZnezo

Somizi coming to Zimbabwe as guest chef at the official opening of a restaurant disturbs people spiritually? Is your faith that weak? How exactly is my spirituality affected by a stranger's life choices?? Worse what he is traveling for has nothing to do with his sexuality...rest. pic.twitter.com/YekG5k9Rj8

“I am truly excited to be joining Moja Love, especially because the channel tells our Black stories in the most authentic and realistic way, which is ...
TshisaLIVE
8 months ago