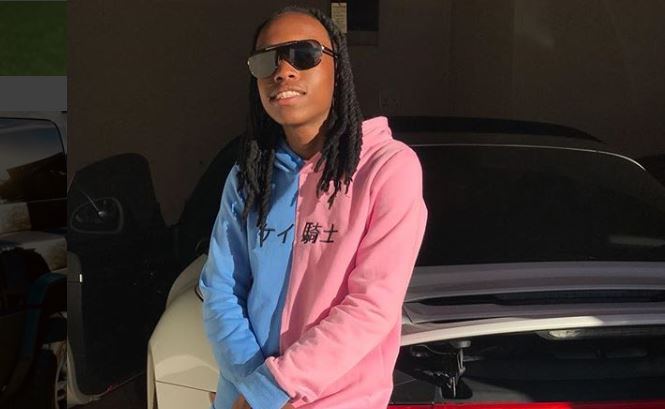 Robbie Malinga Jnr is known for his lavish lifestyle and all things designer. Luxury cars, designer clothes, and expensive jewellery. You name it, he has it. He never misses an opportunity to show off his latest purchases, and Monday night was no different.

He was at Universal Music Group in Rosebank where his father, a legendary musician and producer, was being honoured by his wife Ann Malinga through a book titled  Robbie Malinga.

The reality TV star posted a video on his Instagram showing off his new necklace. He can be seen surrounded by his bodyguards wearing black suits and red ties.

The 20 year-old has a cool relationship with them and is always vibing with them.  He can be heard talking about his newt diamond necklace, but doesn't mention how much the icy and sparkling piece cost.

The clip got tweeps wondering how loaded the late Robbie Malinga Snr was because his son is in the big bucks and never seems to run dry.

Since his father's passing, Robbie Jnr has been on a splurge, with one tweep saying they thought the money would've run out by now.

How long is that inheritance money !? The fuck was Robbie Malinga doing when he was alive !?!?! https://t.co/5IjlMl91BN

S/o to Robbie Malinga, he's the greatest dloz' of all times... His son's life seems easy

I can't be the only one who thought this kid by this time he'll be on I blew it. pic.twitter.com/ERCm8FguiS

Iss Too Much With Rob Mally is on another tip!
TshisaLIVE
2 years ago

And Enhle Mbali, Robbie Malinga Jnr are a big part of it
TshisaLIVE
3 years ago