‘I’ve dedicated my life to keeping his legacy alive for as long as I can,’ says widow 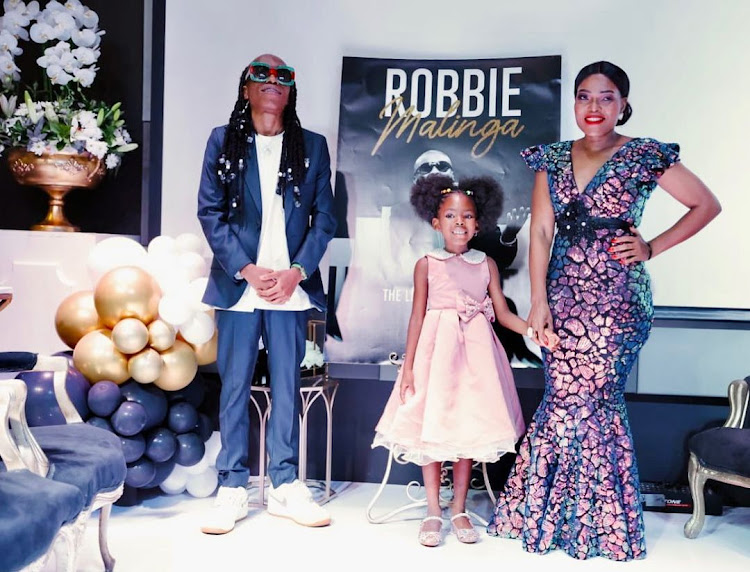 Music maestro Robbie Malinga’s death was a huge loss to the music industry, and his wife Ann has dedicated her life to preserving the memory and legacy of the musical giant.

She penned a book titled Robbie Malinga which was launched on Monday at Universal Music studios, where Robbie worked as an A&R manager.  Ann said she is preserving his memory the best way she knows how because music is not her field of expertise, hence the book.

“I've dedicated my life to keeping his legacy alive for as long as I can. As soon as I realised I cannot go into music, I thought of a book. I thought of other things but I thought a book will always be there so I started writing about what I was going to write. I’ve been writing for the past two and a half years.  So I would write one month and then if it was heavy for me I would stop, and then go back again.”

The coffee table-style book was edited by renowned journalist and author Lesley Mofokeng.  Though healing for some, writing the book for Ann meant she had to revisit memories she would rather not have confronted.

“ It did not bring me healing because I wrote certain parts and then sent them to Leslie. He would send them back and say 'I feel you’ve held a lot back so you need to go back'. With the book I had to relive  every moment  so I don’t think it was healing. It kind of took me back and when I finished writing the book I was like, now I've healed. What I know is I'm not at a place I was before I wrote this book but changes took place. I think after we launched the book, I should be OK.”

The book is presented in three parts; first Robbie tells his own story from birth to the ravages of cancer, in the second part Ann gets candid about widowhood, while the third section features tributes and memories from people who worked with Robbie.

“As I was writing about his life I thought it would be nice for people to know where he started and how he got where he got until he passed on. So I just started writing. I told myself I’m gonna write a book and get professional people to guide me.”

The ice on his neck hogged the spotlight at the launch of his late father's book.
TshisaLIVE
9 months ago

Robbie Malinga on the mend after hospital scare

Veteran musician and producer Robbie Malinga is expected to be discharged from hospital this week after a battle with anemia saw him booked for bed ...
TshisaLIVE
5 years ago

Although he always dreamt of breaking into the music industry, being an actual singer was not part of Robbie's plan. He revealed this during an ...
TshisaLIVE
5 years ago

Idols winner Musa Sukwene's star just keeps shining. It was revealed this week that the musician's album Mr Serious has been certified gold.
TshisaLIVE
6 years ago