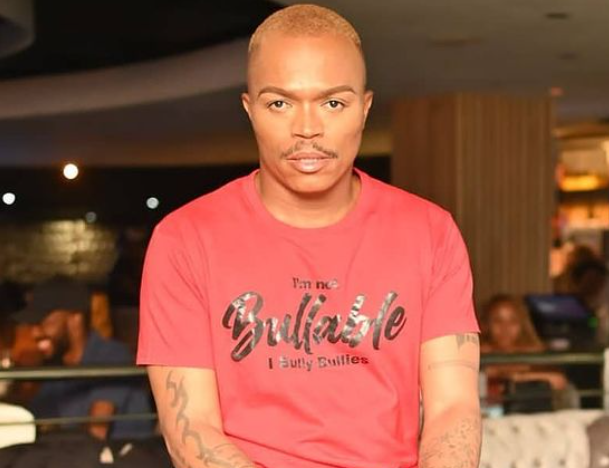 Somizi got tweeps wilding at his chilly response when asked where his estranged hubby was
Image: Instagram/ Somizi Mhlongo

Media personality Somizi Mhlongo had tweeps in stitches when he threw shade at his estranged husband Mohale Motaung.

He has spoken out about his estranged hubby for the first time on Wednesday night's episode of The Braai Show with Cass. His spicy response had the TLs in a frenzy when he said Mohale was dead to him.

When Cassper Nyovest asked his 'friencle' about Mohale he responded with, “He's dead, he's departed from the earth.”

The rapper wanted to know what happened because he was at the wedding. Somizi asked if he was supposed to shoot him leaving.

Cassper said at Kasi (township) people were saying they don't like Mohale because he pulled an Italian job on Somizi, and Somizi said “not with my Mohale”.

“I'm going through the most and you are laughing at me, your day is coming.”

The choreographer and businessman then dropped a bomb when he said, “I'm pan- sexual. I'm attracted to whoever I'm attracted to at the time so even if I were to meet a beautiful woman now, I would date her.”

Somizi also shared that he would be expanding his business ventures and all things will be Sompire. He's currently working on a kiddies range with Bathu and that's what inspired his kiddies clothing line, Sompire Kids, and he has also shared that he has a restaurant in the pipeline which will be called House of Sompire.

Somizi's answer when Cassper asked him about Mohale 😩💀#TheBraaiShowWithCass pic.twitter.com/1rXvyZuUJ4

Mohale did a Italian job on Somizi pic.twitter.com/A1K3ILuPVT

"Even if you took the offer I wasn't gonna be offended but still you didn't."
TshisaLIVE
6 months ago

"I took a conscious decision to love you. You are so awesome. May abundance be your second name. You will grow bigger and better. They haven't seen ...
TshisaLIVE
6 months ago

WATCH | Somizi parties in Namibia after being rejected by Zimbabwe

Unfazed by all the Zim drama, Somizi has headed to Namibia.
TshisaLIVE
6 months ago

Kelly Khumalo was booked to replace Somizi at the restaurant opening in Zimbabwe but she cancelled after learning that her friend Somizi was blocked ...
TshisaLIVE
6 months ago