'Is this all she does?' — Uncle Waffles splits Twitter with another 'Adiwele' video 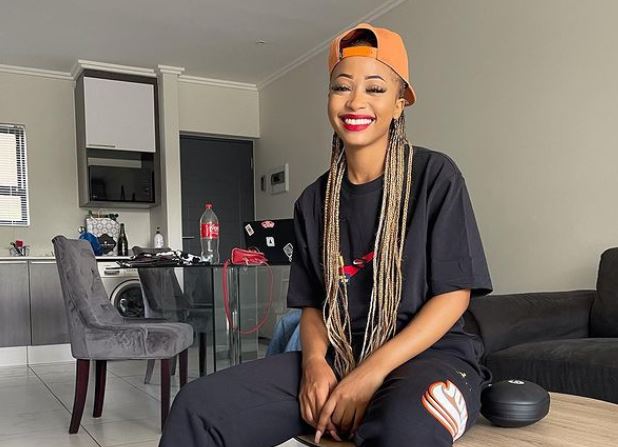 Uncle Waffles has a large number of fans who will defend her against any slander on the TL.
Image: Instagram/Uncle Waffles

DJ Uncle Waffles is slowly becoming a household name in Mzansi. When she was thrust into the spotlight a couple of months ago her signature song was Adiwele by Youngstunna ft Kabza De Small and it took Mzansi by storm.

Now that the song has gained her critical acclaim in showbiz, tweeps are wondering if that's the only song she prefers on her sets.

A viral video doing the rounds on the TLs has tweeps in a frenzy trying to figure out if there's more that the DJ can offer.

Waffles, whose real name is Lungelihle Zwane, is seen in the clip that has surfaced on Twitter gigging at a club in Rosebank and doing one of the moves that made Mzansi stand up and notice.

Even though there's more to her DJ sets than Adiwele, she has been riding the Adiwele wave since a video of her went viral on social media and drew the attention of American rapper Drake.

Tweeps are in a raging debate about Waffles' continued spinning and dancing to the same song.

While some may be dissing her on the sly, other tweeps said she is securing the bag and all the talk doesn't matter, because she's getting booked.

I don't know man but I think she's more of an Adiwele ambassador than she is a Dj https://t.co/iXPg249dVt

What I like about this whole thing is, y'all talk / comment shiit kodwa yena on the other hand she's getting paid and more gigs📈
So @unclewaffffles Adiwele ntwana tot 'n tot💯 pic.twitter.com/KuwTs6ZvC6

I thought people were joking about Uncle Waffles playing "Adiwele" everytime. I saw like 13 videos and they all had adiwele😭😭😭

Let her do the same dance moves and all that shit

Uncle waffles when the DJ before her slot, plays Adiwele 😡 pic.twitter.com/iiYA3VgTP5

Uncle Waffles wants tweeps to stop worrying about her safety in the entertainment industry.
TshisaLIVE
6 months ago

POLL | Do you think Uncle Waffles is being bullied on social media?

The power of the internet worked in her favour when she rose to fame just two weeks ago after a video of her playing her set and showing off some ...
TshisaLIVE
6 months ago