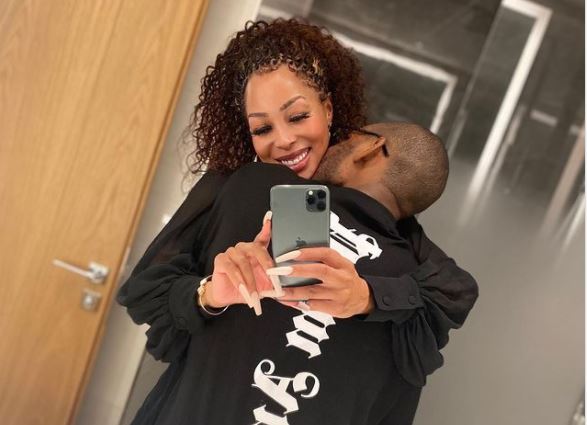 Khanyi Mbau and her Dubai bae are smitten.
Image: Instagram/I am 47

Khanyi Mbau and her “Dubai bae” Kudzai Mushonga are loved up after rekindling their union earlier this year.

Taking to Instagram,  Kudzai shared a video of him smooching Khanyi, who looked like a woman in love.

This comes after the couple's dramatic Dubai saga earlier this year when Khanyi abruptly travelled back to Johannesburg, leaving her boyfriend worried about her.

During her acceptance speech when receiving the Drama of The Year award at the 13th annual Feather Awards, Khanyi addressed the matter, saying though it was a social media laughable matter, she felt Kudzai had normalised men being more expressive.

“It's not an insult, it's knowing your worth. My journey has changed since I started in the industry. I was a kept woman but I worked my way up to becoming the woman who keeps others. When this happened I was empowering the young little girl who is a slay queen, who looks at Khanyi and says 'I want to travel the world like you'." she said.

“I would like to dedicate this award to Kudzai. He has shown men it's OK to show strength in pain, to be remorseful on social media and look like a fool. And show men it is OK to show emotion and you can show how much you love a woman. I don't see it like a joke. Our relationship lost its status in a way but if you look at it, a  boy of 28 has shown men to fight for the woman you love. That's the new trend.”

"I would like to dedicate this award to Kudzai. He has shown men it's OK to show strength in pain."
TshisaLIVE
9 months ago

Khanyi Mbau's fans heard "Dubai" in the title and thought "we know the perfect person for the cast and she just so happens to be the OG Queen of ...
TshisaLIVE
9 months ago