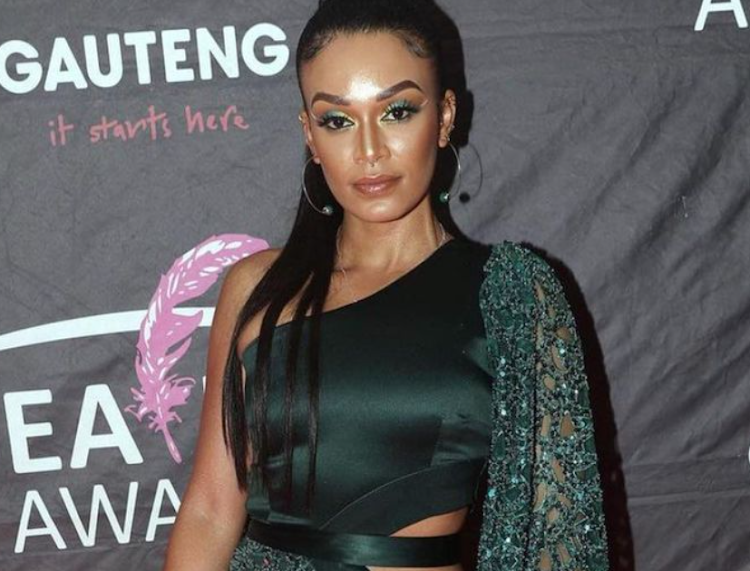 Having first premiered on SABC1 in 2007, music show Live Amp took a bow on Friday after 25 seasons and Pearl Thusi, who was with the show for three, has shared her fondest memories.

The actress told TshisaLIVE that though it was hard to see the music show come to an end, she felt positive it marked the birth of a new era.

“I guess all good things come to an end. It's really sad because I feel like the type of legacy the show had, it shouldn't be ending. Maybe this represents a new era,” she said.

Here's a look at some of the most precious moments Pearl remembers from being a part of Live AMP:

WATCHING THE EVOLUTION OF ARTISTS

Pearl was granted the opportunity to meet local stars, some before they reached the prime of their careers and others at their peaks.

“I think about Pro Kid, Bra Hugh Masekela, Bab' Joe Mafela, Mama Mary Twala. There are so  many people who we watched during the evolution of their careers. Like Cassper, we saw that whole thing happen, Nasty C to a certain extent but that was towards the end of my journey with Live AMP.  I could never name enough of the incredible people we met.”

BEING CHOREOGRAPHED BY SOMIZI MHLONGO

She's no professional dancer but Pearl was get choreographed by Somizi Mhlongo, and enjoyed every minute of it.

“Imagine being choreographed by Somizi and you're not a dancer? So we did a June 16 performance and I was obviously super in it. We had so much fun and we made so many powerful, incredible and exciting memories that we'll never forget.”

They did it the best way, Durban are you ready for your Agilitee Launch ??? @somizi @PearlThusi pic.twitter.com/wt664dwEGY

Pearl revealed she was the last person to do an on-screen interview with the legendary Shabalala who died at age 78 in February 2020.

“I didn't want to make a thing about it because I was scared of being attacked on black Twitter but apparently I was the last person to interview Ladysmith Black Mambazo member Joseph Shabalala.”

“I had to travel to the studio where he was working. It was an iconic moment because as a young girl I grew up watching him and he's a Grammy winner. Such a kind-hearted and peaceful [person]. I don't have the footage [but] being a Zulu girl and getting that opportunity shows you how God is amazing.”

Pearl's career has come a long way since her Live Amp days and she's evolved into an actress who graces local and international productions.

She an entrepreneur with multiple business ventures including ownership equity in the gin brand Black Rose Gin, a hair care line called Black Pearl by Pearl Thusi and scented candles and artisan soaps called The Sitota Collection, in collaboration with her manager Yvette Gayle.

"I have a better understanding of who I am and what I want to do and the legacy I want to leave. I'm growing and I need to grow into different ...
TshisaLIVE
7 months ago

"Wishing you all the success, Pearly," DJ Zinhle wrote.
TshisaLIVE
7 months ago

"Did this girl not vomit into the bucket? I had a very traumatic weekend actually. I'm bringing security next time," Pearl said.
TshisaLIVE
7 months ago