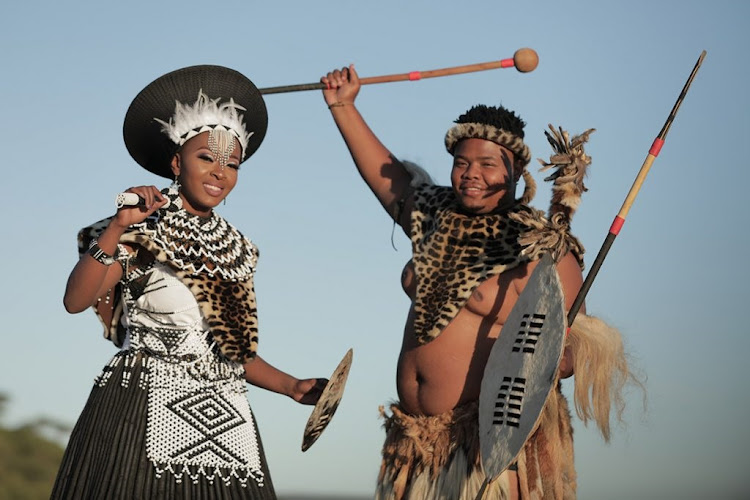 Isencane Lengane’s Thando Dlamuka has left viewers of the Moja Love reality show speechless and frustrated after she announced that she was pregnant.

Isencane Lengane is a reality show about two teenagers who are married. The show initially raised eyebrows when it first aired but it soon become a fan favourite, with high viewership numbers.

The young bride, who is only 18 years old, is married to an equally young Siyacela Dlamuka. After getting married, Siyacela dropped out of high school, so he could spend most of his days sleeping and pondering polygamy. However his matriculant wife Thando was still chasing her dream to become a social worker.

Fans of the reality show decided — after various dubious actions such as lying  and cheating — that Siyacela is a bad husband.

The consensus among fans on the TL for the last few weeks has been for Thando to leave him. This is why they most fans were highly frustrated with the possibility of Thando falling pregnant with Siya's child.

However, their worst nightmare became a reality when Thando ran a pregnancy test and discovered that she is three weeks pregnant.

The teenage couple suspect that their lives are about to take a dramatic change. pic.twitter.com/JrvqpTtF8x

Fans were furious at the news, not only because they doubt Siyacela will be good father but because just a few weeks ago, Siya told Thando that he had impregnated the girl he had been cheating on her with.

Here are some of the top reactions from Twitter:

Thando is pregnant. I've never been disappointed for someone being pregnant. I hope she doesn't give up on school and become a housewife💔 #IsencaneLengane pic.twitter.com/VvcF8DeHhc

#isencaneLengane if Thando is pregnant it would be a huge disappointment, what about our dream as the country to see her go to varsity ? pic.twitter.com/K0OjoADihK

After the whole country had so much faith? Pregnancy from Thando is a slap on the face. #isencaneLengane pic.twitter.com/3NfDYN6tWz

Thando Pregnant 3 weeks 😤😤 for a cheating bastard who don't want to work at all,nor go to school #isencaneLengane pic.twitter.com/6sYYWTnc7o

#isencaneLengane 😂🤣😹😂😭 this is a lesson to us as a country to mind our business bcuz wow Thando and Siyacela really made us look like clowns pic.twitter.com/FzDHyHxSgJ

Confirmed! SK Khoza gets axed by 'The Queen'

SK Khoza gets fired from Mzansi Magic's The Queen.
TshisaLIVE
2 weeks ago

"It's been hard. It's taken a while to get back into the swing of things."
TshisaLIVE
2 weeks ago

"What an amazing welcome in Angola."
TshisaLIVE
2 weeks ago