Kabelo Mabalane dragged for his involvement with the #NoExcuse campaign 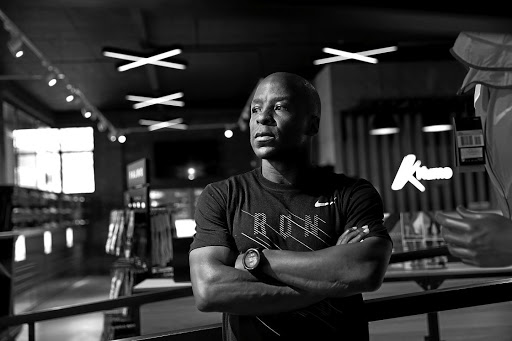 Kwaito legend turned pastor Kabelo Mabalane announced on his social media accounts that he was part of the launch of the #NoExcuse campaign this year.

On his post Kabelo said he was now at a place where he appreciated the importance of lending his voice to an anti-GBV movement in the public space.

“Last week we launched #NoExcuse.A campaign that vehemently condemns intimate partner violence.As a young man I too was a perpetrator of this shameful cowardly behaviour. The shame and the embarrassment made me shy away from these spaces and I’ve since learned that as important as it is to take full responsibility for this reprehensible unacceptable behaviour, I am also now at a place where I appreciate the importance of lending my voice to fighting this pandemic,” he wrote on Instagram.

Kabelo's post landed him on the trends list and left Mzansi with mixed reactions regarding his involvement with the campaign.

This because in his heydays, Kabelo abused some of the people in his life. The pastor has admitted that he was a perpetrator when he was younger.

Veteran radio jock Penny Lebyane opened a Twitter Space in the hopes of getting the views from tweeps on how to move the conversation forward.

Actor Lerato Makhetha who is also part of the campaign, was part of the speakers on Penny's space. He was asked why he showed face with his wife next to Kabelo.

“The reason I went there with my wife as I did last year, was because I believe that as a collective, we need give people permission, we need to give couples permission I'm inspired about the idea of men and women having this conversation together.”

He said he was there for a conversation not to judge Kabelo.

Speaking to TshisaLIVE the founder of #NoExcuse campaign Khomotso Komape said they had no plans to distance themselves from Kabelo because their mission is to get men to change. He added Mzansi should stop bullying Kabelo.

“Let's take Kabelo as a human being, because all of us we have mistakes. Actually we are happy as an organisation that one of our own came out and spoke. There are a lot of men who don't want to say anything but they have a lot of mistakes in their lives.

“We must treat someone who came out and spoke about what's going on in their lives as if they are the only one in the world who made that mistake. We must treat Kabelo like others and the more we are bullying him we are condemning him in his life, we must make sure we stop bullying him. He came out to say what he said to us and we must stop bullying Kabelo.”

TshisaLIVE has reached out to Kabelo Mabalane but he was not available by the time of publish. This article will be updated should he respond.

Here are some of the reactions to his involvement in the anti-GBV campaign.

Kabelo Mabalane is not supposed to be a face of GBV according to some woke people here,now my question is isn't better other abusers hear from someone who went through the same route and willing to change?kabelo was an abuser no longer is, his story telling would make sense.

Big up to Kabelo Mabalane for having found the strength to deal with his past and stand up against #GBV. Healing is a difficult journey, you are blessed to have Gail by your side. https://t.co/DQtPj08YFQ

Please don't take me out of context...

I see people upset that Kabelo strtd a GBV campaign, I'm confused did people want him to stay an abuser and not change his ways and inspire other men to change their ways? Or was he supposed to stay silent and pretend nothing ever happened

Kabelo Mabalane ran from Joburg to Durban to help feed 10,000 kids for a year

Kabelo and his coach Peteni Kuzwayo proved that not all heroes wear capes!
TshisaLIVE
1 year ago

Kabelo Mabalane on church under lockdown: 'Needs are still being met'

Kwaito sensation Kabelo Mabalane weighs in on churches keeping their doors shut, saying that the gospel is preached regardless.
TshisaLIVE
1 year ago