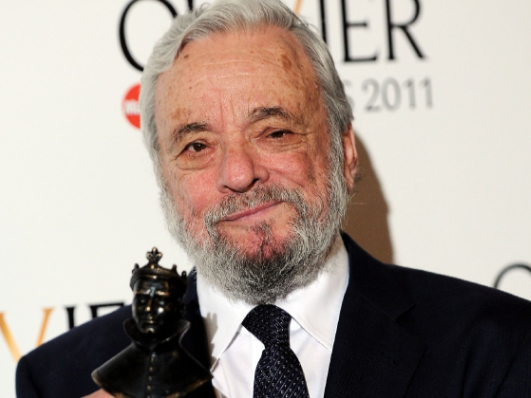 Stephen Sondheim seen here posing in the press room during The Olivier Awards 2011 at Theatre Royal on March 13, 2011 in London has died.
Image: Ian Gavan

Broadway composer and lyricist Stephen Sondheim, who helped American musical theatre evolve beyond pure entertainment and reach new artistic heights with such works as West Side Story, Into the Woods and Sweeney Todd, died on Friday at the age of 91, his publicist said.

The musical great died at his home in Roxbury, Connecticut, spokesperson Kathryn Zuckerman told Reuters by email, saying she had little additional information.

The news was reported earlier by the New York Times. Sondheim's eight Tony Awards for his lyrics and music surpassed the total of any other composer. In 2008 he also won a Special Tony Award for Lifetime Achievement. He started early, learning the art of musical theatre when he was a teenager from his mentor Oscar Hammerstein II, the legendary lyricist behind The Sound of Music. Hamilton creator Lin-Manuel Miranda, who was in turn mentored by Sondheim, has called him musical theatre's greatest lyricist.

Sondheim's most successful works included Into the Woods, which opened on Broadway in 1987 and used children's fairy tales to untangle adult obsessions; the 1979 thriller Sweeney Todd, about a murderous barber in London whose victims are served as meat pies; and 1962's A Funny Thing Happened on the Way to the Forum, a vaudeville-style comedy set in ancient Rome.

He also wrote the lyrics to Leonard Bernstein's score for West Side Story, inspired by William Shakespeare's Romeo and Juliet, and collaborated with fellow composer Jule Styne as lyricist for Gypsy, loosely based on the memoirs of burlesque star Gypsy Rose Lee.

“I love the theatre as much as music, and the whole idea of getting across to an audience and making them laugh, making them cry — just making them feel — is paramount to me,” Sondheim said in a 2013 interview with National Public Radio.

Several of Sondheim's hit musicals were turned into movies. His songs were celebrated for their sharp wit and insight into modern life and for giving voice to complex characters, but few of them made the pop charts.

"Because I am South African, for me is one step ahead than just another rapper in America because I'm from the source," said the rapper.
TshisaLIVE
1 month ago

Fellow actress Anna Kendrick, who starred as Cinderella in the film version of Into the Woods, called Sondheim's death “a devastating loss”. “Performing his work has been among the greatest privileges of my career,” she added on Twitter.

As Sondheim collected accolades, New York City's Broadway theatre industry underwent many changes. It had a key role in American culture through the 1950s, with many Broadway songs making the pop charts, but lost significance as rock music gained a hold on the public starting in the 1960s. Increasingly, musicals borrowed material from television and movies, instead of the other way around, composer Mark N. Grant wrote in his book The Rise and Fall of the Broadway Musical.

Sondheim shared the view that Broadway had experienced decline, expressing it repeatedly in interviews. “There are so many forms of entertainment, theatre is becoming more marginalised,” he told British newspaper The Times in 2012.

But Broadway musicals also became more artistic, and Sondheim played a key role in their evolution, critics said. He explored such weighty topics as political violence in Assassins, the human need for family and the pull of dysfunctional relationships in Into the Woods, social inequality in Sweeney Todd, and Western imperialism in Pacific Overtures.

He developed new methods for presenting a play as well. Instead of telling a story from beginning to end, he would jump backward and forward in time to explore a single theme. It was called the “concept musical”.

He described his early childhood as a lonely one, with servants as his main company. After his parents split up when he was 10 years old, Sondheim moved with his mother to rural Pennsylvania, where she bought a farm. He later said his mother took out her wrath over the divorce on him. He found a surrogate family in the nearby household of Hammerstein and his wife, Dorothy. Hammerstein, who along with composing partner Richard Rodgers created the classic musicals Oklahoma! taught the teenage Sondheim how to write musical theatre.

After Sondheim became famous, he mentored others on Broadway. When Miranda began work on a rap musical about American founding father Alexander Hamilton, Sondheim encouraged and critiqued him.

Kabelo Mabalane dragged for his involvement with the #NoExcuse campaign

"For the record Sizwe and I both submitted in writing allegations against each other, some founded and some found not to be from both of us."
TshisaLIVE
1 month ago