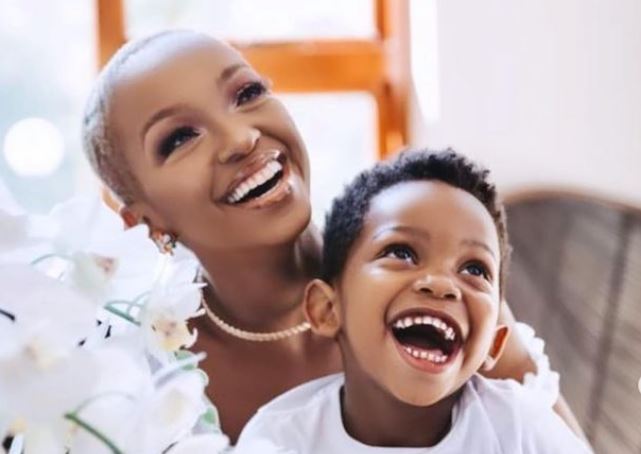 Going all out with a blue, red and white theme, Shaka's intimate do was everything and more for the little man who seemed super excited in all the moments captured in pictures and videos.

Not only was it cartoon themed but they also watched a movie on a huge screen organised for the event. Proud mommy Nandi shared videos on her Instagram.

Check the video out below:

Nandi joked that because of the magnitude of the party, Shaka would probably only get another party when he turns 21.

While the party was certainly extravagant, Nandi and Zakes also make sure they give their children meaningful gifts.

For instance, Shaka has a farm, which was his gift when he turned one. Explaining why they got their son a farm, Nandi said it was all about generational wealth.

“Last year I bought my son some land as his first birthday gift and have begun building a farm for him, which he will then hand down to his kids and so on. As you know, I rarely show material things on my page, but this was a very proud moment for me as his mother because this is a legacy that will last for many generations to come.”

Nandi said she learnt the value of generational wealth from her parents and grandparents, and wants to teach that to her own children.

“I want my children to understand generational wealth. Having grown up in Durban north and having parents who come from rural KwaZulu-Natal, Maphumulo, I learnt from both backgrounds that generational wealth is more important than buying things like cars, clothes and so on that lose value over time.”