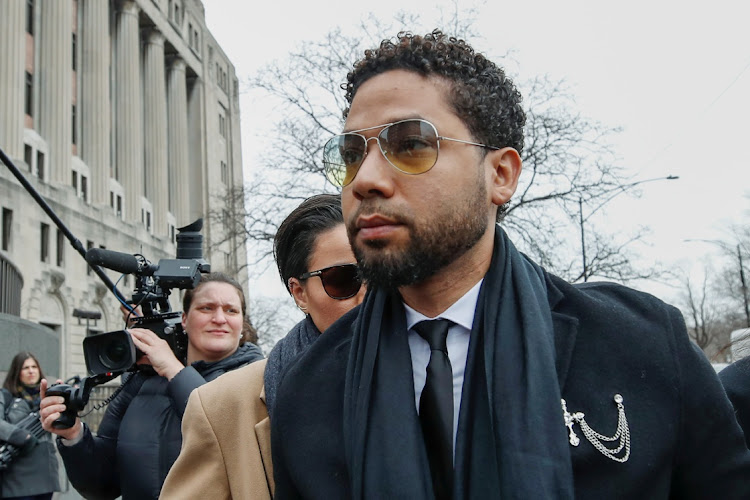 On a frigid Chicago night in January 2019, actor Jussie Smollett, a star on the TV drama “Empire,” reported that he was the victim of a hate-motivated street attack, but police later accused him of staging the whole affair as a publicity stunt.

The case went to trial on Monday in Cook County Circuit Court, with a jury selected by late afternoon to hear evidence for six felony counts of disorderly conduct accusing Smollett of making false reports to the police.

Smollett, 39, has denied that he faked the attack, pleading not guilty in February 2020.

The openly gay Black actor told police he had been accosted on a darkened street by two masked strangers. According to Smollett's account, his assailants threw a noose around his neck and poured chemicals on him while yelling racist and homophobic slurs and expressions of support for then-President Donald Trump.

A month later, police arrested him, accusing Smollett of paying two brothers $3,500 to stage the attack in a hoax aimed at gaining public sympathy and raising his show-business profile.

Smollett's acting career has faded since the incident. He lost his role as a singer-songwriter in the final season of “Empire,” a Fox television hip-hop drama that ended a five-year run in 2020.

Donald features 'Empire' actor and singer on his upcoming album.
TshisaLIVE
3 months ago

His case took an unexpected turn in the spring of 2019 when the Cook County state's attorney's office dropped a 16-count indictment against him in exchange for Smollett forfeiting his $10,000 bond without admitting wrongdoing.

The dismissal drew criticism from then-Mayor Rahm Emanuel and the city's police superintendent, who called the reversal a miscarriage of justice, leading a Cook County judge to appoint Dan Webb, a former US attorney, to review the case.

After a five-month investigation, Webb overruled the state's attorney's office and concluded that prosecution of Smollett was warranted, questioning the judgment of prosecutors in dropping the original case.

The current case against Smollett has been slowed by legal challenges and the Covid-19 pandemic.

Key trial testimony is expected from the brothers, Abimbola and Olabinjo Osundairo, who prosecutors have said were paid by Smollett to participate in a phony attack. Smollett is not required to testify in his own defense.