SNAPS | AKA shows off his new ink of Michael Jackson 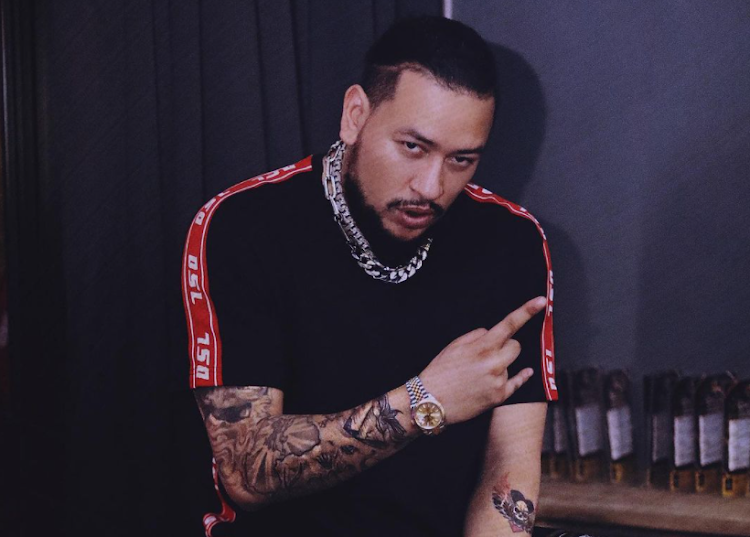 Kiernan "AKA" Forbes gets new ink.
Image: Instagram/ AKA

AKA has added another Michael Jackson tattoo to his body.

The rapper took to his Instagram on Tuesday to share pictures of him at a tattoo parlour after he got inked his “favourite MJ” on one of his biceps.

Take a look at the pictures below:

This is his second Michael tattoo. Apart from his new one, he has one of Michael  as a child star on his right arm.

“Michael, only the greatest artist, ever,” he told TimesLIVE during an interview in 2014 when explaining the inspiration behind it.

Take a look at other celebrities who recently got new ink:

Rapper Stilo shared that he got a new tattoo in September in honour of his late friend Khanya “The Voice” Hadebe, aka Illuminated Greens.

Khanya died in August together with six others, including amapiano stars Killer Kau and Mpura, in a fatal car accident on their way to a gig in Rustenburg.

The rapper was among many celebrities who expressed grief about his passing.

Amapiano songstress Lady Du got a new tattoo in August to honour her late friends Mpura and Killer Kau who died in the same car accident as Khanya “The Voice” Hadebe.

Lady Du showcased her new ink on Instagram when she posted a picture of her arm with a tattoo of two birds, a peace sign and hearts.

AKA speaks out about living with depression and why he decided to stop taking medication.
TshisaLIVE
7 months ago

'I have to protect my energy first': Da L.E.S spills on his relationship with AKA

" I have to protect my energy first so that’s where the relationship is right now."
TshisaLIVE
7 months ago

"Why did you break the door?" is one of the questions that will be posed to AKA.
TshisaLIVE
1 year ago

AKA withdraws from Joburg Day event and all other public appearances

The Megacy won't be seeing their fave rapper on stage anytime in the near future.
TshisaLIVE
1 year ago