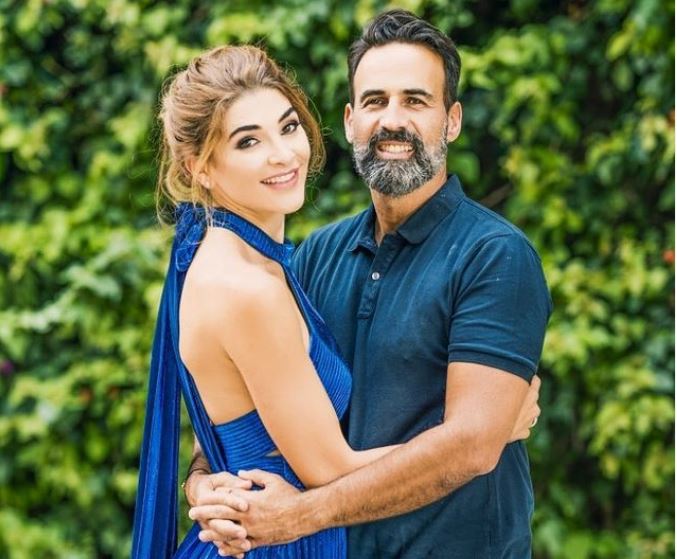 People have flooded social media with tributes to Chris Coutroulis, Taboo nightclub founder and husband to former Miss SA Vanessa Carreira, who died after a lengthy illness on Tuesday.

Sources confirmed that the club owner died after a lengthy stay in hospital.

Coutroulis opened up many upmarket nightclubs and venues from the 90s, such as Papparazzi, Taboo, The VIP Room, ONYX and C to name a few.

Taking to social media, politicians, celebrities, Vanessa's admires and club patriots expressed their sadness over the loss and paid tribute to the man many described as excellent.

His close friend, Nicky van der Walt, penned a heartfelt message of farewell to his friend on Instagram.

“Today is probably the hardest and saddest day of my life ... we’ve lost a friend, a brother, a father and a husband. You were a giant among men, a gentleman, a legend. You’ve fought the bravest and hardest battle for your family like a lion.

“Not a day will pass that I will not miss you Chris. You were one of my best friends, a mentor and a brother. You were good and generous to all those around you. You were kind to me and hard when needed and taught me a lot. Lessons I will cherish all my life. You were an incredible father and husband, someone we all looked up to. You changed the entertainment industry forever. We will carry on in your honour and memory,” he said.

Coutroulis married Vanessa on July 27, 2007 and the couple have four children together — including a set of triplets.

Chris Coutroulis my beautiful friend, a legend, an exceptional husband, father and brother - Our hearts break for your...

Here is to a legend, the great to ever do and excel in it. We are inspired by your attention to detail and dedication to excellent service. Through your establishments you’ve grown talent and created opportunities for more.

I never thought id ever make this post, Rumors had already torn us all yet we prayed that you were going to be well...

May your soul rest in peace. Thank you giving 21 year old me a platform amongst the best at the time (2005). Hennessy Fridays at Taboo were epic. Thursdays at Cocoon changed my life as well. #RIPChris #Taboo pic.twitter.com/aR6auuGM8b

DEVASTATING news 💔💔 Uncle Chris…. We will miss u Ballie,your contribution to the Game,to the JHB scene, to the Careers of the biggest and best -and to MY LIFE & Career WILL NEVER be forgotten.I am broken🥺. A LEGEND has Fallen. Until we meet again. R.I.P. Chris Coutroulis 💔💔 pic.twitter.com/ItGDcCyIap

Very saddened to hear of the passing of nightclub legend Chris Coutroulis . Chris had opened up many upmarket nightclubs...

Chris Coutroulis taught me so much man. I will never forget this man. 😭. Great man. Rest In Peace King.

Chris Coutroulis was one of my first friends in Joburg, when I started working at @5FM Through the years, he always asked about my family and made sure we were looked after in his clubs and restaurants. My deepest condolences to Vanessa and family. #RIPchris #chriscoutroulis pic.twitter.com/i2RdaGfjTl