WATCH | K.O talks about reuniting with Ma-E after the fall of Cash Time 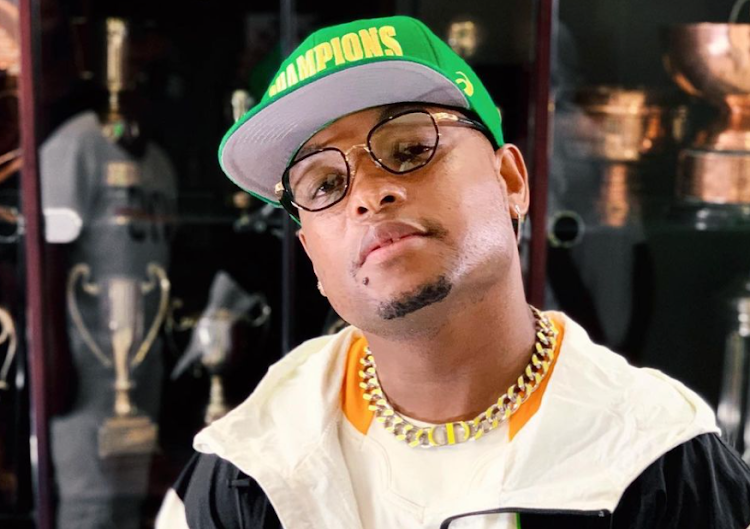 K.O opened up about reuniting with his brother Ma- E and getting a second chance to right his wrongs.
Image: Instagram/K.O

The split of Cash Time was veiled in secrecy for the longest time and rapper K.O has lifted the lid on it all.

The founder Ntokozo Mdluli aka K.O sat down with Ms Cosmo and Scoop Makhathini on their podcast, Pocast4real the rapper opened up about their relationship as rappers, business partners.

He attributed the split to lack of boundaries, break down of communication and not being clear enough as the captain of the ship.

The rapper said he used the opportunity to be a loner after he had an altercation with his fellow cashtime members at the time.  He said it was inevitable their paths with Ma-E will cross again.

“Those two years 2016-17 that was me rediscovering myself, all by myself, when I go to studio the only person that is there is Tsholo.”

“ What was hard was going through that situation with me and then realising okay these n**s need my help.”

Speaking to TshisaLIVE at the time of the split Ma-E said he came under a lot of scrutiny and attributed the group's demise to a breakdown of communication.

“You discuss about something and you suggest something but there are two other people going another direction so the company goes that way. At the end of the day when everything falls apart, everyone has to take the blame. I also had to take the blame because I was not strong enough. I wasn't harsh enough as a leader. I didn't fight for things I should have.”

Rappers Nomuzi and Kid X' departure from Cash Time raised a red flag and showed people the ship was sinking.

He was never asked about the remaining member of Cash Time and Teargas. They’ve always had a rocky relationship.

“I felt that certain things are best left,” he said.

Ntukza has previously spoken about their relationship, telling SlikourOnLife they just have differing opinions.

Watch the full interview below:

"Big cap! The homies are crushing the game all on their own. Just salute!" K.O said, setting the record straight.
TshisaLIVE
2 months ago

'I've conquered so much within music' - K.O wants to raise the bars higher

Zingah opens up about reinventing himself after his exit from the Cash Time record label and launching a new album.
TshisaLIVE
5 months ago

Local rappers walk a line between market appeal and being true to their roots, writes Bonkinkosi Ntiwane
Lifestyle
6 months ago