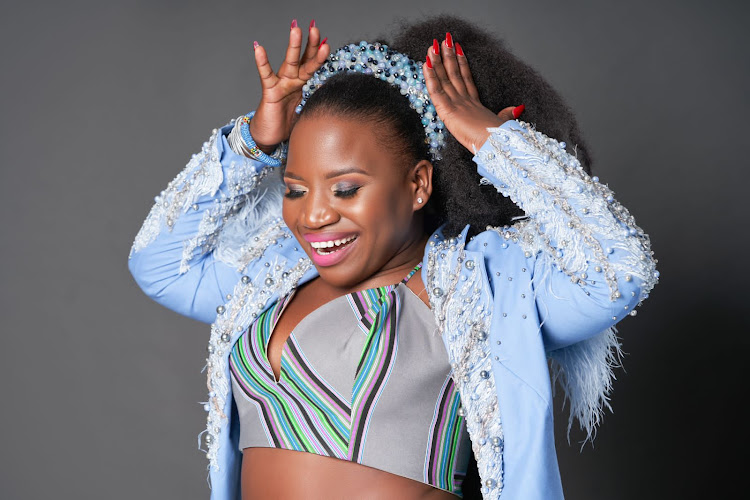 Limpopo hitmaker Makhadzi has had an amazing year and as it approaches the finish line, she is super grateful to have two major wins to be excited about.

Her hit song Ghanama has reached platinum status and she recently revealed she has an ace up her sleeve when she launched her new sneaker range named after her successful album Kokovha.

The award-winning singer has been lighting up stages across the continent and her career has been on the up. She took to her socials to share the news with her followers about the song and the sneaker business.

She shared how she cried about the ordeal around the song with King Monada. She has since buried the hatchet with Monada and thanked him on the post shared on Facebook.

“Ghanama has reached platinum ... all thanks to Prince Benza and King Monada if it was not God who recruited us to meet that night there was not gonna be Ghanama song. No matter what happened we all remain goats of Limpopo. I believe what happened to us it was a lesson to all of us and I believe GOD he is preparing a good thing for all of us. More love to you all. Limpopo to the world,” she wrote.

I cried and asked GOD so many questions , because I couldn’t believe what ever was happening with GHANAMA song . All I...

Taking to Instagram, Makhadzi said the sneakers launch was a dream come true.

“These sneakers are inspired by my roots and Venda culture. I did it with my mom next to me, what a moment for me. History was made last night.”

Her followers have been waiting in anticipation for the sneaker drop since she inked the multimillion-rand deal.

Taking to Instagram Makhadzi announced the mega deal and credited it to “God's timing”.

“I am happy to announce that I have signed a R120m mega deal called Kokovha with Kicks Sportswear to develop and create amazing products that will reflect everything that I am and believe in.”

"When God's timing is right everything falls into place, blessings come together and dreams become a reality," a happy and proud Makhadzi wrote.
TshisaLIVE
6 months ago

"I decided to not be part of it anymore for the sake of people to be happy."
TshisaLIVE
5 months ago

“This is a dream come true. I have been trying my luck to be part of Afrima for the past seven years. God finally answered my prayers at the right ...
TshisaLIVE
5 months ago

Makhadzi is a covergirl and she looks amazing!
TshisaLIVE
6 months ago