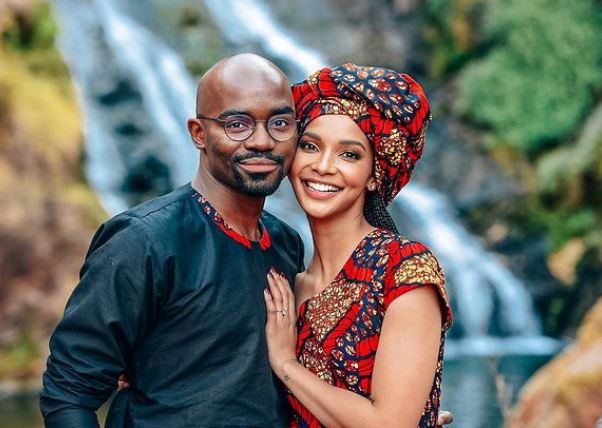 This year we've seen some elegant weddings in celebville when Mzansi celebs walked into their happily ever after with the loves of their lives.

Their weddings — if pictures tell the story — were so beautiful and elegant that they left Mzansi wishing them nothing but the best in their unions.

One thing people in showbiz will do is show you how to have a lavish wedding.

Here's a few celebs who tied the knot this year:

This couple's love began in the DMs and 11months later Musa popped the question. They posted on their Instagrams with cute captions that warmed the hearts of Mzansi.

They tied the knot in August at their secret white wedding when only close friends and family attended. Since then Musa has been heavily criticised for showing his wifey too much love. The TV personality addressed tweeps and called them out on their fears of surrendering to love.

The Idols SA 2015 winner said “I do” to his wifey Sinesipho in September at a lavish wedding held at Oakfield Farm.

Sinesipho wore a gorgeous gown from The One Bridal while Karabo wore a tailored suit from Suitability Bespoke. Their families were dressed beautifully in different coloured traditional clothes.

The Moganes are a musical family and they did what they do best when they performed at the newlyweds' wedding.

It's a “forever thing” for the Skeem Saam actress and her hubby.

They tied the knot at their traditional wedding in September in Polokwane, Limpopo, according to their Instagram accounts.  Her Sepedi attire was designed by Dea_Ann Designs.

This couple has against all odds remained together until they tied the knot. We reported earlier in the year that Pearl said a few women were constantly giving her a hard time for being with Sello.

They went on honeymoon to Zanzibar to soak up the sun. Sello has called Pearl his best friend and they've been inseparable.

"I love you and that’s the beginning and end of everything," Karabo captioned a stunning picture of his wife Sinesipho.
TshisaLIVE
8 months ago

Rea Segoati reveals she also had a lockdown wedding.
TshisaLIVE
8 months ago

SNAPS | Musa and Liesl already had a white wedding & they looked amazing!

Musa and Liesl shared stunning wedding snaps to reveal that they said "I do" in a white dress and tailored black suit last month already!
TshisaLIVE
9 months ago

"Happy two monthiversary to my lovely wife, Liesl. I couldn’t have prayed for or asked for anything better," Musa said.
TshisaLIVE
8 months ago