"Imagine my boyfriend hearing that I am trending for another man! Just because someone wants to to pull a stunt by mentioning my name," Makhadzi responded to trending on Twitter after Babes Wodumo hurled insults at her. 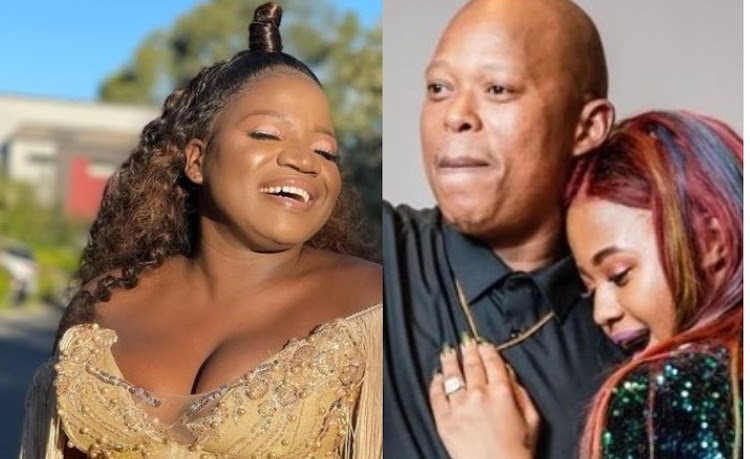 Gqom singer and reality TV star Babes Wodumo has been trending for hours alongside Limpopo hitmaker Makhadzi after a video clip from her recent Instagram Live rant, in which Babes accused Makhadzi of “chasing after” her husband Mampintsha, found its way to Twitter.

In the cringeworthy clip that landed the stars on the Twitter trends list, Babes accuses Makhadzi of going after her baby daddy and “sleeping with him” as she hurled insult after insult at the Red Card hitmaker.

Instagrammers who watched the IG Live tagged Makhadzi to draw her attention to Babes' video. Makhadzi initially chose to blue-tick the situation but later posted a cheeky response.

In the tweet, written in Tshivenda, Makhadzi said she believed the whole thing was a stunt and that in her opinion the husband of the “girl from Durban” wouldn't be able to satisfy her.

"Imagine my boyfriend hearing that I am trending for another man! Just because someone wants to to pull a stunt by mentioning my name... But I forgave her already. And, I replied to satisfy her," she added in another tweet.

Imagine my boyfriend hearing that iam trending for onother man😂😂! . Just Because someone want to to pull a stunt by mentioning my name . But I forgave her already. And also replyed to satisfy her. Good bye 👋. Khavhavhasale vhatshiamba zwine vhafuna nne ndidovha ndikha fb namus

Makhadzi has collaborated with Mampintsha previously, on the song Sugar Sugar.

TshisaLIVE reached out to Makhadzi through her record label for comment, however they had not responded by the time this article was published. This article will be updated should they respond.

West Ink Records manager Sbu Ncube said he would “get back” to TshisaLIVE with a statement.

"We wanted to do something that will trend, bring the eyes to us, and it worked," said Babes Wodumo's manager.
TshisaLIVE
5 months ago

On Twitter, people had a hard time believing Babes' rage. Tweeps were convinced that Babes' “rant” was part of the PR stunts she's been pulling to get SA's attention as she dropped her latest EP called Crown.

Just last week, Babes trended across different social media platforms after a video of her hurling insults at her mother-in-law for allegedly leaving baby Mampintsha three days after he was born went viral.

The Wololo hitmaker went live on Instagram threatening to get into a brawl with her mother-in-law. This happened just as the singer announced that she would be releasing an EP.

Sbu told TshisaLIVE the video was a publicity stunt to bring attention to Babes' EP.

“We wanted to do something that will trend, bring the eyes to us, and it worked. I asked Babes to do it at a time when children would be sleeping and won't witness the strong language,” he said.

In a statement shared with TshisaLIVE, Babes apologised for the strong language she used in her live video and explained it was part of the Sponge Wodumo story “they saw before Uthando Lodumo was shown on Showmax”.

MacG is the host of 'Podcast and Chill' with his channel boasting more than 302,000 subscribers.
TshisaLIVE
5 months ago

"Kamo Mphela is living that life we all wanted Babes Wodumo to live," said one user.
TshisaLIVE
8 months ago

Babes Wodumo and Mampintsha recently hosted a "sip and see" party with their closest friends, who showered Babes and Sponge with gifts
TshisaLIVE
7 months ago