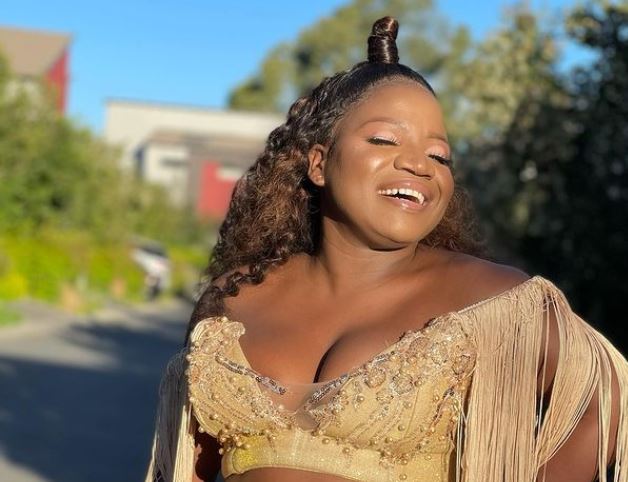 She may have been a star in Limpopo for longer, but Makhadzi officially blew up in 2021 and totally owned the year.

The musician from Venda left Mzansi and Africa no choice but to love her because all she served were hit songs, powerful performances and star power in all her moves.

Far from the girl who danced and sang at taxi ranks for small change, the Ghanama hitmaker is a recognised star. When Mzansi got to know Makhadzi, she opened up about where she came from.

Makhadzi's career started at the tender age of 12, when she was already running away from home to dance at promo shows. From then she started singing wedding songs and eventually dabbled in other genres, until she landed on what is called “Limpopo house” and hit the big time with her catchy tune Matorokisi.

In a candid interview with YouTuber MacG, Makhadzi opened up about how she was exploited because she had no knowledge of the industry, and even sexually assaulted by people who took advantage of her.

Since then, the singer has exceeded her own expectations. Makhadzi had a very eventful 2021 filled with both high and low moments.

Here are some of Makhadzi's top moments last year:

More than anything, Makhadzi trended and hogged headlines because she is a powerhouse when it comes to stage presence and rocking the hell out any stage she lands on.

"Let's continue giving our people good music. We are one,” wrote Makhadzi after having the best time in Botswana.
TshisaLIVE
6 months ago

Proving she is well on her way to being one of the greatest musical talents, Makhadzi released one of the most streamed albums in 2021. Timeless music that will be played for decades to come.

Apple Music launched a Visionary Women Campaign to celebrate women in music and their achievements for Women’s Month, citing Kokovha by Makhadzi as the most streamed Mzansi Female Album in SA in 2021.

Building 3 houses and then buying her dream house

Coming from poverty, Makhadzi didn't let the money go to her head. Instead she invested in not one but four properties before buying cars or entering into other ventures.

Makhadzi buys herself a home after building houses for mom, dad and gran

“I built my grandmother a house. Just because my mom and father separated I decided not to choose but to build them two different houses. Now I ...
TshisaLIVE
9 months ago

Makhadzi signed a life-changing multimillion-rand deal to create apparel,  sneakers and accessories that represents everything she's about.

“I am happy to announce I have signed a R120m mega deal called Kokovha with Kicks Sportswear to develop and create amazing products that will reflect everything I am and believe in.”

“When God's timing is right everything falls into place, blessings come together and dreams become a reality,” a happy and proud Makhadzi wrote.

Makhadzi entered into business with entrepreneur and founder of Kicks Sammy Mhaule.

"When God's timing is right everything falls into place, blessings come together and dreams become a reality," a happy and proud Makhadzi wrote.
TshisaLIVE
6 months ago

Makhadzi's dream came true when she bagged her first Afrima award in Lagos, Nigeria in November.

She got the nod in the best artiste and duo or group in African electro category for her hit song Murahu at the All Africa Music Awards (Afrima) 2021 awards.

Makhadzi was up for the prestigious artiste of the year and best female artiste in Southern Africa for Murahu featuring Mr Brown, and best artiste, and duo or group in African electro for the same song.

“This is a dream come true. I have been trying my luck to be part of Afrima for the past  seven years. God finally answered my prayers at the right time.”

“This is a dream come true. I have been trying my luck to be part of Afrima for the past seven years. God finally answered my prayers at the right ...
TshisaLIVE
6 months ago

Makhadzi bagged her first cover on a UK publication called Classique Q&A magazine and she couldn't be prouder to see one of her bucket list dreams come true.

An excited Makhadzi took to her Instagram to share the news that she adorned the cover of Classique's latest edition.

“We dream and work hard for our dreams to come true. Look how beautiful  I am on a UK magazine cover @classiquemagazine_ . #africanqueen  It is finally here!” she gushed.

Makhadzi is a covergirl and she looks amazing!
TshisaLIVE
6 months ago

Singer Makhazi emotional over her 20-strong police escort in Kuruman

"Shout out to all Northern Cape police who came and protect me, indeed I am living my dream."
TshisaLIVE
6 months ago

Makhadzi blueticked the cyberbully but her fans came to her defence against the troll.
TshisaLIVE
6 months ago

"Lots of women have dark inner thighs and there's nothing disgusting about it. Stop bullying Makhadzi," said one twelep in Makhadzi's defence.
TshisaLIVE
7 months ago

"I struggled a lot when I started. I feel like it was God's will and he knows my destiny."
TshisaLIVE
7 months ago