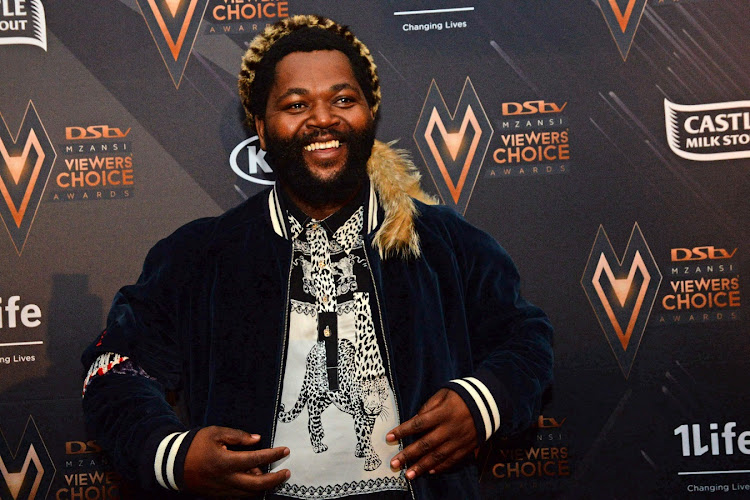 Sjava clapped for AKA for being conscious of his surroundings and infusing that into his rap.
Image: Oupa Bopape

It's very rare in the rap game that compliments get passed around among MCs but Sjava consistently proves there's no need for beef.

He came to AKA's defence when a tweep was low-key shading him for his rap line “Hey, Lekker Lekker Fish And Chips” from the song Fela in Versace. The shade came after a fan tweeted that the rapper was a conscious rapper.

“AKA is lowkey a conscious rapper, Dude spit thoughtful sh*t and make you do research on things just so you could fully understand a line/bar,” the tweep wrote.

Sjava retweeted the line and applauded AKA for being conscious of his surroundings.

“This is actually one of the most conscious things I have ever heard in SA hip-hop don’t forget @bennimccarthy17 was the one who said this and @akaworldwide as a coloured person to include it in his Raps means he is conscious of his surrounding Google the meaning of CONCSIOUS.”

Sjava had a tough time explaining what conscious rap was, because tweeps were lost that he could conclude from that line alone that AKA was a conscious rapper.

A fan told the rapper to avoid getting into debates with tweeps who don't know Mzansi music history.

Yep! A line, written by @KabeloMabalane for Benni also paying homage to another iconic SA band named "Groove Station", the song in question was "Boerewors".

Try to avoid getting into debates with people who don't have full knowledge of the history of SAn music.

Sjava: Emtee can never be compared to other SA hip-hop artists

Big Hash took to Twitter expressing how he found it laughable that there could be people who did not know that the Young project he released in 2019 ...
TshisaLIVE
9 months ago

Sjava has expressed what he cherished about late rapper Pro Kid’s career.
TshisaLIVE
10 months ago