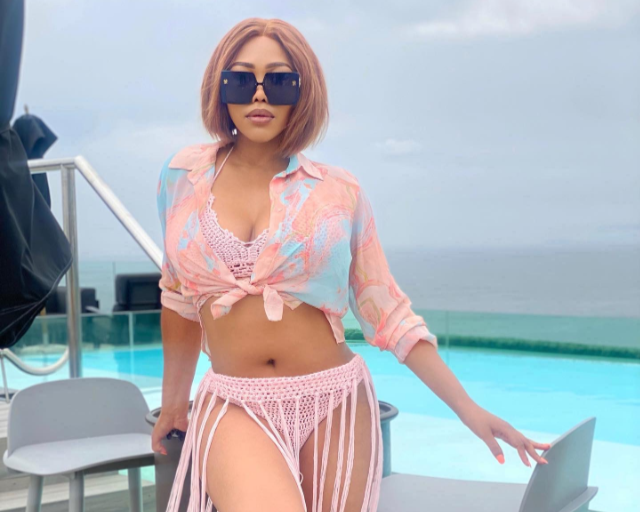 Age is nothing but a number, and Sonia Mbele proves that. She broke the internet with one question on Twitter: Wanna swim?

Tuesday was the day the actress and businesswoman served us when she  brought all the hot sauce on the TLs.

She is in Cape Town and has been sharing fiery snaps of her living it up since the day she touched down in the Mother City.

Tweeps praised her for her black girl magic and were taking notes on how to stay fetching in their 40s.

Here are some reactions to Sonia's bikini snapsr:

The trick is to never gain weight neh 🤔 I mean for one to remain looking the same way or young for years and years. I've seen this with Katlego Danke & Cornie Ferguson recently Sonia Mbele. Somar let me jog first thing tomorrow morning to add on my younger looking days 😄🔥🔥🔥 https://t.co/qrQEewaShH

No man. Sonia Mbele has literally been hot all my life. 🧍🏾‍♀️😭🔥 https://t.co/Ecfp1xrHA5

Sonia Mbele's come back is one of my favourite black girl magic movies. 🔥🔥🔥🔥🔥🔥🔥🔥 https://t.co/mBTT6eGUiK

Aybo Why do women become so attractive after a divorce? Their bodies, too, change. They appear to be even younger. What is it that guys are doing to us? You guys make us question you. Look at how nice Sonia Mbele is 💗💗💗♥️mamkhize too. You Name them honey

Sonia says her business venture will not only improve the health of many people but could help them financially too.
TshisaLIVE
1 month ago

Actress Sonia Mbele opened up about her failed attempts at finding love again after getting a divorce and trying Tinder.
TshisaLIVE
4 months ago