Khanyi Mbau as Zah on 'The Wife' is a total hit

'Y'all seen the anger in her eyes?? Perfection' 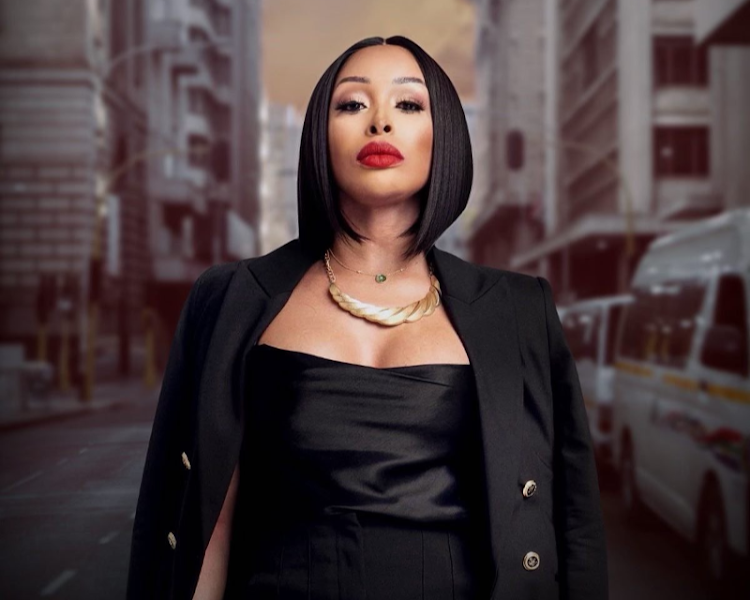 Actress Khanyi Mbau has left tweeps wanting more after her stellar performance as Zah, making it clear that she's not on Hlomu - The Wife to play.

The "5am Twitter squad" usually lead the pack of fans hooked to the show and today was no different.

The plot is thickening and Khanyi's arrival as Zandile has fans on the edge of their seats.

In the latest episode fans got to see a glimpse of what the actress can do and she got rave reviews.

Khanyi has managed to shake the tables, because when it was announced that she would play the character devoted fans of the show had no faith in her or that she would be able to give them the Zandile they met through the books.

One viewer tweeted that she was pleased to see Khanyi give them what they read in the book Zandile - The Resolute.

"Zandile is kind of cold/detached, even in the book, so I don't see the problem with her reaction to the deaths."

Another viewer gave the actress kudos for her acting and reminded tweeps Zandile does not show her pain.

"For a second there I thought hawu akakhali she’s just been told her kids are dead, then I remembered Zandile doesn’t cry!!! Dassit @MbauReloaded is about to kill it."

WAKE UP 5am squad!!! TODAY IS A THURSDAY! #ZuluDay #TheWifeShowmax

#TheWifeShowmax Khanyi Mbau appearing on the show is what I signed up for. pic.twitter.com/kvnRhiXZXj

Zandile is kind of cold/detached even in the book so I don't see the problem with her reaction to the deaths. #TheWifeShowmax

For a second there I thought hawu akakhali she’s just been told her kids are dead then I remembered, Zandile doesn’t cry!!! Dassit @MbauReloaded is about to kill it!!!! #TheWifeShowmax pic.twitter.com/L1Mfc9NeVV

“For me to depict this character is something that can either make or break me, but I love the thrill.”
TshisaLIVE
1 month ago

Thuli Phongolo's journey with 'The Wife' has come to an end.
TshisaLIVE
1 week ago

IN MEMES | Tweeps unimpressed with Sandile’s stunt on ‘The Wife’

"The Zulus are the Konka type of guys ... what was Sandile thinking nge salary ye government."
TshisaLIVE
1 month ago

'What the hell?' — Fans react to Hlomu ‘putting indoda first’ on ‘The Wife’

"Hlomu gave us all middle fingers and told us and her family to mind our business."
TshisaLIVE
1 month ago