'If circumstances were different from season one, I would have given you another killer season,” Kgomotso said. 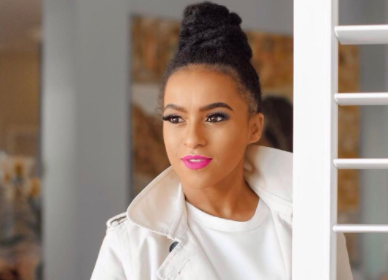 Reality TV star Kgomotso Ndungane has taken her final bow penning a lengthy post of gratitude to her fans who supported her while she was on Real House Wives of Durban.

This comes after it became clear to fans after the reveal of the season 2 cast members on Monday that Kgomotso didn't make the cut.

“Spread love. Each love shown, each positive message sent, just know that I appreciate it from the bottom of my heart. I may not be able to respond to all, but I try because you matter! Sometimes, I also need a motivational quote, something to lift me up and a bit of love sprinkles.

“I am a normal human being like you. I just happened to be on your small screen but that doesn’t define who I am,” she said.

Kgomotso went on to say though she would have loved to share her journey with fans in the second season but had to make a decision to rather leave the show.

“So for the love that I’ve got, beautiful messages I’ve received about going to be missed on #rhodurban — know that I appreciate it from the bottom of my heart and if circumstances were different from S1, I would have given you another killer season.

“I love you all so much. Those that have shown me love across all my posts and those that hated thank you for making me even more bad a** just with a sprinkle of grace! You have a special space in my heart.”

Speaking of her experience in the first season of Real House Wives of Durban in an interview with TshisaLIVE, Kgomotso said she would be selective if she were to ever consider being on a reality show.

“When I measure and question how I contributed to society through the show, it's like no contribution ever ... how has it changed the minds of the one that's trolling people? It has not moved the country forward,” she told TshisaLIVE.

“I wouldn't go on to reality shows any more — or I'd be very selective.”

For tweeps, it is Kgomotso mentioning in every episode that hubby Odwa is an icon.
TshisaLIVE
10 months ago

Out with the old, in with the new. Mzansi reacts to the official cast of Real Housewives of Durban.
TshisaLIVE
2 weeks ago