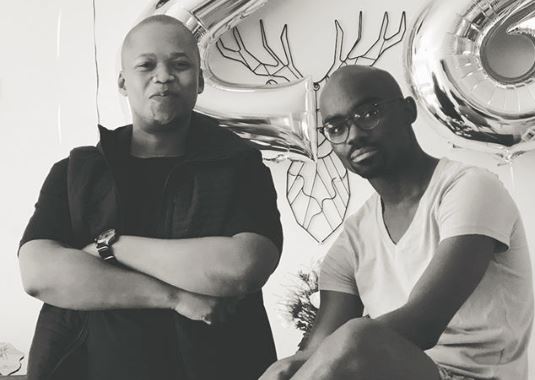 Akhumzi Jezile's friends remember him on his heavenly birthday.
Image: Via Instagram

Close friends and family members of Akhumzi Jezile celebrated his "heavenly birthday" sharing fond memories they had with him.

Jezile, who would've turned 33 on January 15, died in a car crash in 2018 with gospel star Siyasanga Kobese and actor Thobani Mseleni.

Penning a lengthy tribute to his late best friend, Musa Mthombeni spoke of how much he longed for the old days with Akhumzi.

“Happy heavenly birthday my boy! Today would have been 33. Crazy what life takes from us! ... To everyone’s friend. Miss you buddy,” he wrote.

Reacting to Musa's post, Skeem Saam actor Clement Maosa wrote about how Akhumzi had a lot of well-versed and diverse friendships.

“By now we would have been summoned to his house to celebrate his birthday with a lot more other friends we [are] meeting for the first time ... all age groups from the founders of JC down to YoTV children, from Brynston to Katlehong and it was OK. What a man, forever grateful to have met a soul that is AKZ,” he wrote.

“Happy heavenly birthday to one of the best who ever lived,” Hulisani Ravele wrote.

Zizo Tshwete shared images of herself, activist Thami “Thami Dish” Kotlolo and radio personality Asanda Beda with Akhumzi's mother saying they visited her and shared laughter when watching old videos of him.

“There are so many great memories to think back on for everybody who knew him — all of them land in one place: we loved Jez and he loved all his friends!” Loved forever and always! Happy heavenly 33rd birthday Jez,” she wrote.

Rapper Emtee and actor Gift Mokhampanyane also took to their timeline to share heartfelt messages to the late media personality.

Take a look at their tribute posts below:

Akhumzi the reason I did it yeah… I put it on for my City yeah. My Nigga died he was 28 💔👑🇿🇦 pic.twitter.com/pFAVHqutXE

One dude who actually acknowledged me and never judged me. Treated me like a human being. RIP BIG DAWG 🕊 Happy Birthday yuurd!!! pic.twitter.com/AI7Msc9Qqe

Nonhle Thema to her late father: 'So sorry ... wish I could reverse time'

Nnhle Thema mourns the death of her father.
TshisaLIVE
5 months ago

Candy Mokwena, popularly known as Tsa Mandebele, shared a heartfelt tribute to her late son to honour him on his heavenly birthday.
TshisaLIVE
5 months ago

Gone but not forgotten - Pearl Thusi shares a tribute post to her late mother.
TshisaLIVE
5 months ago

The DJ said the authorities had done nothing to ensure accountability for the perpetrator, despite the shooting incident which allegedly led to his ...
TshisaLIVE
6 months ago