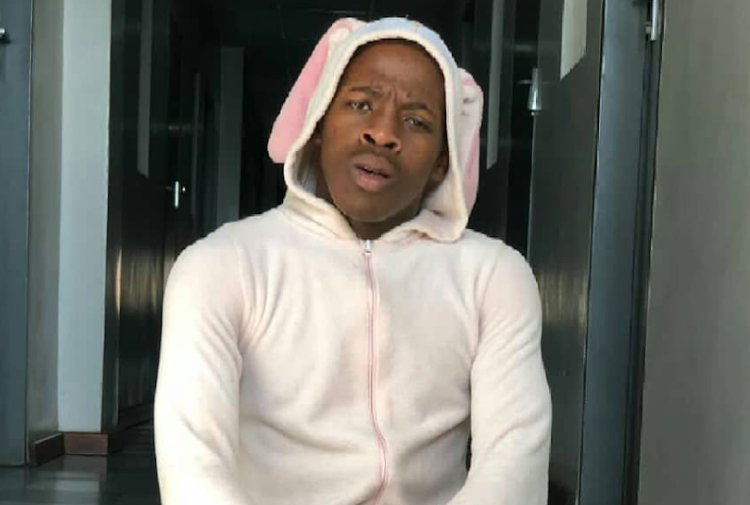 Newcomer to the rap scene Big Xhosa has got bars for days. He recently sent shock waves across the TLs with his mad rap skills when he appeared on the US radio show Sway in The Morning.

The show is one of the most popular platforms as far as hip hop is concerned and it that has been a launching pad for a few local and international celebs who have gone on the show to showcase their talent.

The viral video of Big Xhosa on the show has been doing the rounds because tweeps can't get enough of his flow, with some wondering where this “conscious” side of him has been.

One tweep praised the rapper for his bars.

“When Big Xhosa said on Sway in the Morning : 'She won't take my money got me feelin' like Uncle Vinny' then I remembered that video of Uncle Vinny throwing money to fans in Africa then fans just ignored him like nothin' happened ... what?! Bars.”

Big Xhosa is a goat when it comes to rap but the way he's so down to earth dude. Nigga would straight up tell you that he's not a celebrity but he's Big Xhosa

May this energy never die🙌🙌

Big Xhosa on Sway, I never thought he is this good!!! 🔥🔥🔥 pic.twitter.com/DYNkoEYC1j

When Big Xhosa said on Sway in the Morning : "She won't take my money got me feelin' like Uncle Vinny" then I remembered that video of Uncle Vinny throwing money to fans in Africa then fans juss ignored him like nuthin' happened👀... what BAR anyways😤🤣 pic.twitter.com/kZ64hg7hdG

Big Xhosa really need to stop that clown rapping shit. Dude is really nice on the mic with the conscious rap ish. He slayed that Sway freestyle, no doubt

The young rapper revealed in a tweet he was toying around with the idea of dropping one of his personas, saying the clip charting the trends list on Twitter was that of SOS rapping and not Big Xhosa.

“OK since you guys seem so impressed by my freestyle on Sway ... Do you think I should now eliminate the Big Xhosa character for good? What would you do if you were me let's talk ...”

Newcomer rapper Big Xhosa opens up about being overwhelmed and suicidal

"It's been times when I cry myself to sleep, suicidal thoughts do cross my mind."
TshisaLIVE
7 months ago

Big Xhosa claims he'll "knock out" Cassper Nyovest in the first round of a boxing match...
TshisaLIVE
11 months ago