Big Xhosa slams Nota’s shade: You don't like that you can't control me 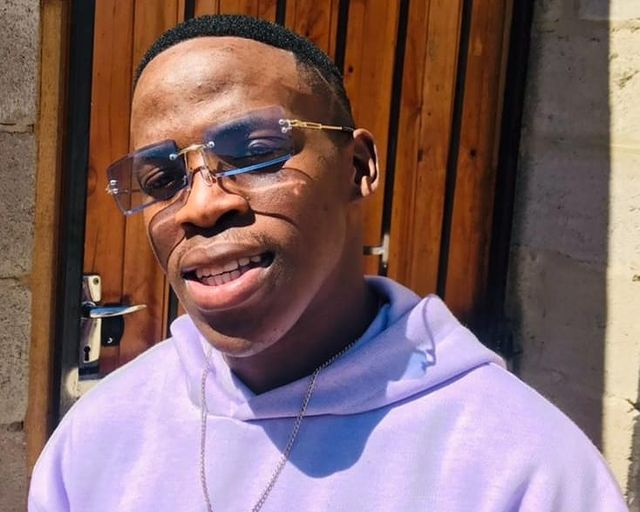 Big Xhosa has asked Nota to leave him and his "joke of a career alone".
Image: Instagram/ Big Xhosa

Rapper Big Xhosa has responded to Nota Baloyi's shade after the music exec said he was disappointed in the rapper for his "American rap style" persona SOS.

The rapper's excitement after his Sway rap video went viral was short-lived after Nota told him to drop SOS and stick to Big Xhosa.

This view is not new in the hip-hop culture debates, and rappers who sound like what Big Xhosa did in the clip have been said to be copying the American rap culture.

Big Xhosa did not take kindly to Nota's tweet, which he has since deleted, and on Tuesday the rapper told him where to get off.

“Nota, you think you know everything and what you don't like is that you can't control me. U got my number, but choose to say this bull**t publicly tells me you don't even give a f**k about me, but yourself and self-praise, I'm gonna prove you wrong. Highly disappointed in you.”

Nota clapped back at the rapper and reminded him he was once in his corner.

“You’re not special. I’m not your dad. You asked a question on Twitter and I answered. I told you this personally. I reached out when no-one would touch you with a 10-foot pole. I called Ifani asked him to co-sign you. I’m glad I didn’t invest too much ... I knew you’d be ungrateful.”

Nota, you think you know everything and what you don't like is that you can't control me. U got my number, but choose to say this bullshit publicly tells me you don't even give a fuck about me but yourself and self-praise ,I'm gonna prove you wrong. Highly disappointed in you. https://t.co/h1AhHo3vBT

A big joke got views but no-one takes him seriously, no-one wants to collaborate. Big Xhosa is just a social media fad. That’s what happens when you don’t listen. I advise the kid many times but he knows better he must build himself a house with the screenshot of him trending #1.

"Big Xhosa really needs to stop that clown rapping s**t. Dude is really nice on the mic with the conscious rap ish.
TshisaLIVE
3 months ago

Newcomer rapper Big Xhosa opens up about being overwhelmed and suicidal

"It's been times when I cry myself to sleep, suicidal thoughts do cross my mind."
TshisaLIVE
7 months ago

Twitter was left in shambles over Big Xhosa's new freestyle!
TshisaLIVE
10 months ago